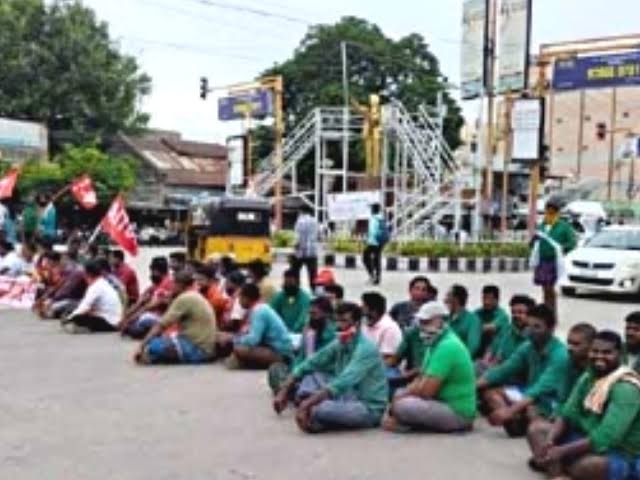 Hyderabad : The Telangana government has cancelled the land pooling process for development of Outer Ring Road (ORR) in Warangal in wake of protests by farmers.

An order to this effect was issued on Monday night. This comes amidst growing protests by the farmers against the proposal to acquire land in 28 villages around Warangal city.

KUDA, which proposed to develop ORR for a stretch of 41 km, had taken up this through land pooling process and commissioned survey work covering 28 villages in three districts, Hanmakonda, Warangal, and Jangaon.

The farmers have been protesting against the notification. They have formed a Joint Action Committee (JAC) to fight against land acquisition.

Last week they staged a road blockade on the Warangal – Hyderabad highway, disrupting traffic for a few hours. The protest was supported by the Congress, Left parties and the BJP.

The KUDA had proposed to acquire 21,510 acres of the land in 28 villages for the ORR. Though KUDA had announced that it has deferred the process in view of the opposition from the farmers, the JAC of farmers had vowed to continue the protest till the government scraps the move.

Ruling Telangana Rashtra Samithi (TRS) MLA from Wardhannapet Aroori Ramesh had also called on minister for municipal administration and urban development K.T. Rama Rao and discussed the issue in the wake of the protest by farmers.— IANS