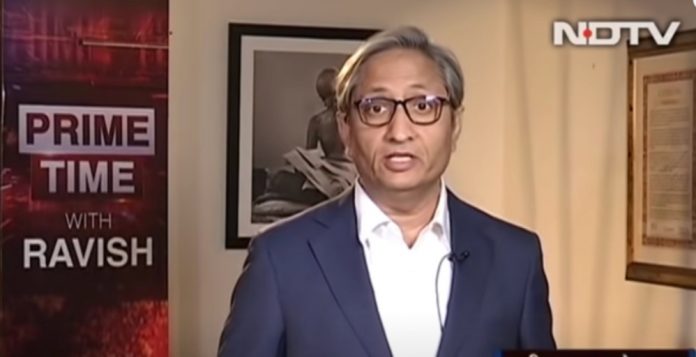 In a worrisome development for serious news watchers, the Adani Enterprises on Tuesday announced to indirectly buy a 29.18 percent stake in NDTV – perhaps the only news channel adhering to the principles of journalism – and launched an open offer for another 26% stake in the media house.
The group also issued a press release on the acquisition, calling it a “significant milestone” in the journey to “pave the path of new media across platforms”. 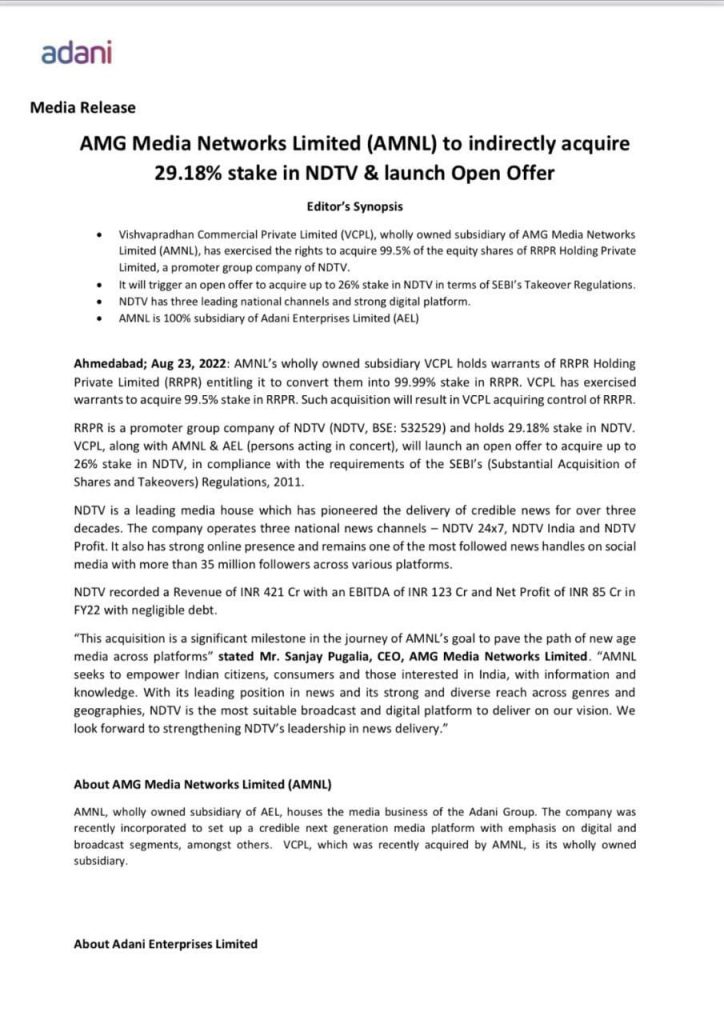 Speaking about the acquisition, Sanjay Pugalia, CEO and editor-in-chief Media Initiatives Adani Enterprises, said that the acquisition is a significant milestone in the journey of the Adani Media national Limited’s goal to pave the path of new age media, said Sanjay Pugalia, CEO of the Group’s media unit.
A press release issued to the media by the group stated: “Adani Media Network seeks to empower Indian citizens, consumers and those interested in India, with information and knowledge. With its leading position in news and its strong and diverse reach across genres and geographies, NDTV is the most suitable broadcast and digital platform to deliver on our vision. We look forward to strengthening NDTV’s leadership in news delivery.” ANML is 100% subsidiary of Adani Enterprises Limited.
AMNL or AMG Media Networks Limited is a wholly owned subsidiary of Adani Enterprises Limited and houses the media business of the Adani Group. VCPL, which was recently acquired by AMNL, is its wholly owned subsidiary.

NDTV is a leading media house, which operates three national news channels – NDTV 24×7, NDTV India and NDTV Profit. It also has strong online presence and remains one of the most followed news handles on social media with more than 35 million followers across various platforms.

Adani Group took a minority stake in local digital business news platform Quintillion in March this year.
Social media platforms are flooded with posts, mostly expressing their disappointment over the development. Many netizens are taking a swipe at the NDTV journalists, most of whom stand out different from the journalists of other news channels. Ravish Kumar and Srinivasan Jain, in particular, are on the target.

However, NDTV has called this a “baseless rumour”. In a disclosure dated August 22 to the Bombay Stock Exchange, NDTV said “Radhika and Prannoy Roy are not in discussions now, nor have been, with any entity for a change in ownership or a divestment of their stake in NDTV.”