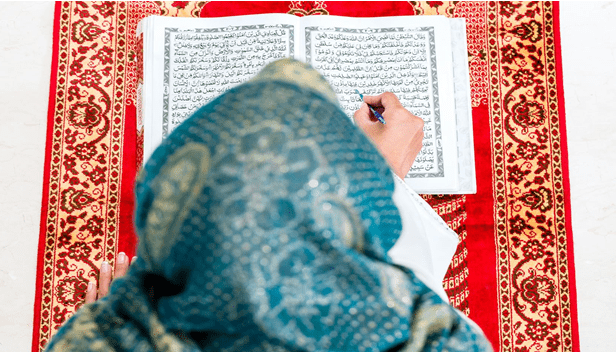 The wave of anti-CAA protest by hijab clad women of Shaheen Bagh is an icon of Indian Muslim women’s participation and visibility. This has a strong narrative of empowerment of Muslim women stemming from her religion. Islam treats women in a dignified and powerful way which the world (both internal and external players) generally distort. This correlation of Muslim women, hijab and participation is not new but seeded in Islamic history. During the time of Muhammad, women participated in different arenas- from household management to community development; business, religion, spirituality, scholarship, war and expedition.

It was feasible because the Prophet and his companions protected women’s right in religious sphere. And, the Muslim women were conscious of their spiritual and religious development; acknowledging their value and place in the religion of Islam. They practiced active involvement not passive reception but personalized religion through conscious effort, awareness, and involvement to explore, reflect and implement religious values for self-identity and empowerment.

Empowerment: The role of power and interrelation of Individuals and Community

Empowerment is a multi-dimensional social process that helps people gain control over their own lives. It is a process of change wherein the individual and community are mutually connected through ‘integrative power’ relation and not of ‘zero-sum’. Individual change is a criterion for community empowerment. Having said that, this does not mean to blame the ‘other’ for less access to power and to ask them to merge with the mainstream ‘us’ in power. Rather, individual change asserts agency to community connectedness and social change.[i]

And since empowerment depends upon the specific people and context involved, the key path to empowerment of Indian Muslims amidst bloodshed against their fundamental right to identity as Muslims, is through religion. Associate Professor, Khaled A. Beydoun, describes Islamophobia in two forms ‘structural’ and ‘private’ tied through the mechanism of ‘dialectical’ Islamophobia.[ii] And Muslims in India are exactly under this grind of systematic Islamophobia on various fronts.

Hence the role of religion in the construction of the identity of Indian Muslim is a necessity. So besides other factors, we must focus on internal parameters of empowerment to exert collective power outwardly through the synthesis of individual and collective change. For this, the participation of men and women in Islamic discourse for identity, faith and resistance must be taken into consideration.  Muslim men need to shift from a largely zero-sum power relation in human relationship (particularly, in domestic and religious space) to ‘integrative power’ relation with women of our community.

Patriarchy and the baggage of culture has made women around the world struggle with gender discrimination on two levels: within and outside of her community. And when a woman is a subaltern, her challenges are deepened due to discrimination against her respective belongingness by the mainstream community. Likewise, the Muslim women in India face gender discrimination on two levels. Within community, Muslim women have lesser space for participation in religious matter and since Islam is a set of governing principle encompassing entire aspect of human existence, this denial subsequently disempowers her space not only in house but renders her voiceless in and out of her community too. This under- representation is further compounded with the struggle of political bias and religious bigotry- Islamophobia. Her Muslim-ness symbolize her ‘othering’ in a majoritarian society and she is constantly informed that Muslim women do not and never had an agency.

In contemporary period, Muslim women have resurfaced as a target point for different political, cultural, and even military conflicts.  In 2002, the US intrusion in Afghanistan was justified as ‘protection’ of Afghan women. For instance, Malala Yousufzai has been mobilized to further reinforce, rather than problematize, this dominant anti-Muslim narrative. The deliberate reduction of Malala’s story by equating the Taliban with Islam all the while erasing the huge role of her family in shaping her outlook reveal how in the manufactured Western narratives, the subjectivity of empowered Muslim women are only as ‘empowered victim’ antithetical of her religion and culture.[iii] Alike narrative is woven in India in political stunt around ‘Triple Talaq’ and lately around Kashmiri women after the abrogation of Article 370. Saini, the BJP MLA from Muzzaffarnagar, said in a rally that there were a lot of atrocities on Kashmiri women for her citizenship were revoked if she married a man from UP. This serious matter of violation of Kashmiris’ rights were distorted to ludicrous moment for ‘celebrations’ as Indian men could chance to marry ‘fair Kashmiri girl’. [iv]

For a Muslim woman finding space of belongingness has always been challenging. In fiction, the realities of Muslim women are mostly non- existent or steeped in exotic stereotypes. However, it is in the non-fiction the realities of the Muslim women from the past can be drawn upon.[v] To counter this challenge of reclaiming self in an Islamophobic world, one need to visit the stories of women in our religious text and historical literature. Not to forget, the first human to accept Islam was a woman, Khadijah. She was empowered to make her choices 1400 years ago to the founder of the world’s oldest universities in Morocco by Fatima al-Fihri, we have narratives of Muslim women empowered through unbound love of faith. Reflecting on Muslim women personalities of history can be a thoughtful narrative for Muslim women to navigate empowerment from her religion. Muslim women necessarily need not look to the future neither adopt limited Western feminism that is embedded on white supremacy and argues for equality within a white supremacist context.

When Muslim women are not given their share in religious domain an integral chunk of her identity, empowerment and impetus for self-determination is undermined. It keeps her and generations from comprehending and asserting rights granted by God in personal as well as political realm. That way, a chain reaction of disempowerment is unleashed across generations. Therefore, empowerment of Indian Muslims is realistically unwholesome if the participation of men and women in Islamic discourse is unlooked upon.

[ii] Mariam Elba, “HOW ISLAMOPHOBIA WAS INGRAINED IN AMERICA’S LEGAL SYSTEM LONG BEFORE THE WAR ON TERROR”, The Intercept, May 6 2018. https://theintercept.com/2018/05/06/american-islamophobia-khaled-beydoun-interview/