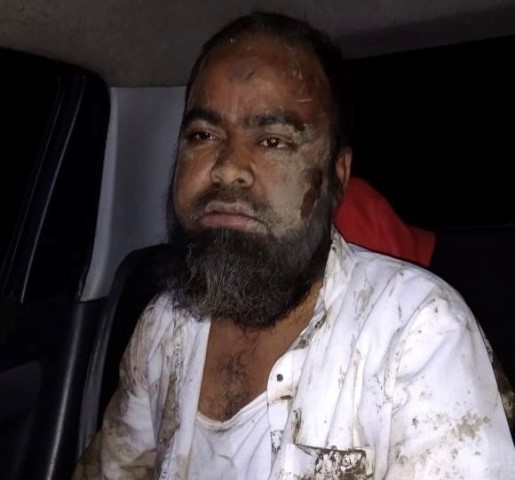 “They certainly intended to kill us that night…They also pulled our beards and threw our caps,” said 34-year-old Suhail Tamboli, who is one of the four Tablighi Jamaat members attacked by Hindu extremists on the night of 16 September in the Hol village of Maharashtra’s Beed district.

“One of them smashed a brick twice on my head and kept hitting me with a stick till it broke,” said Suhail. “I thought I’m going to die that night.”

According to media reports, Suhail and his three other friends, Aslam Ather, Sayyed Layak, Nizamuddin Qazi were travelling to Ambajogai village from Dharur for their friend’s funeral when the car they were travelling in developed a glitch and they had to halt.

Suhail Tamboli and Sayyed Layak went to get water for coolant and parked the car.

Meanwhile, two men on a bike arrived at the spot where their car was parked and for no reason started verbally abusing Aslam and Nizamuddin, and as per them, “used filthy language against our community.” The men were wearing skull caps and Kurtas.

The Jamaat members politely tried to deal with the situation but within a span of a few minutes, the men made a call and six more men arrived at the spot, armed with sticks.

The assailants hurled hateful slurs against them and their community. They said, “Tum Hindustan mein rehne ke laayak nahi ho, tum yahan nahi reh sakte [You do not deserve to live in India. You cannot live here.]”.

“They kept hitting us till we fell on the ground and kept kicking our chest and head. I fell unconscious after that,” said Suhail.

The assailants damaged the car after beating them and left. “We heard them saying ‘they are dead’ to other boys and left,” Aslam said.

Sayyed and Aslam successfully managed to escape the site and hid in the nearby farm. “We fled to the farm but we were watching. We could not rescue them, all of us would have been killed then,” said Sayyed.

Aslam and Sayyed made calls to their village and informed them of the incident after which Suhail and Nizamuddin were taken to Ambejogai Government Hospital.

The incident took place at around quarter to ten and went on for the next forty minutes. The police arrived at the site an hour later.

A First Information Report has been lodged by the police in connection with the incident. According to API Anand Zote of Yusuf Wadgaon Police Station, two assailants namely Narayan Dhanraj Ghuge and Rahul Tukaram Ghuge among six have been arrested presently.