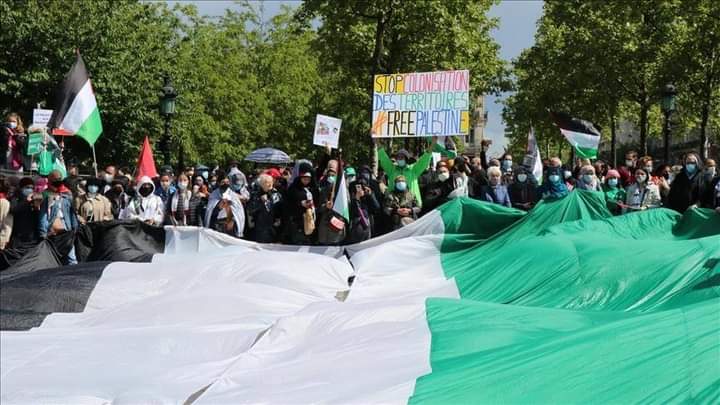 About 4,000 protesters gathered Saturday in Paris to demonstrate solidarity with Palestinians because of Israeli aggression, according to media reports.

At a rally in Republique Square organized by the France Palestine Solidarity Association, protesters shouted “Palestine will live, Palestine will win” and “Israel assassin, Macron accomplice.”

NGOs, including anti-racism associations and anti-Zionist Jewish groups participated in the rally

Meanwhile, MPs from opposition parties who participated criticized the government’s decision to ban demonstrations in solidarity with Palestine -AA