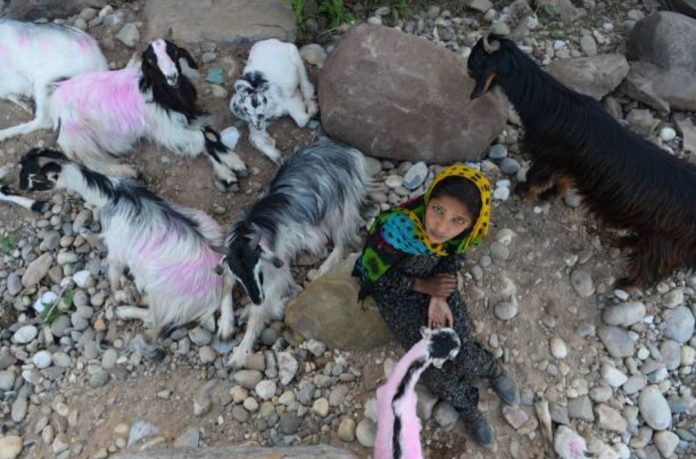 Despite center claiming development in Jammu and Kashmir after the abrogation of Article 370, border residents continue to suffer under the strategic land law that involves grabbing of economically viable land tracts and natural resources by Indian Army and Paramilitary forces.

Two years ago, The Jammu and Kashmir Development Act 1970 was amended to allow the government to designate “strategic areas” within lands controlled by it for “direct operational and training requirements of the armed forces,”. This amendment overshadowed the plight of local masses living around the Line of Control (LOC). As per the local inhabitants in border areas, huge area of their fertile land has been occupied by the army rent free.

Border residents mostly work as porters or generate employment through seasonal walnut harvest and mostly remain alienated in the center’s module of development. Those cultivating crops like maize are rendered hopeless as they fear possibility of landmines in their respective areas thus making them economically unstable.

“It has been more than 20 years since I left my ancestral homeland and the reason was that I am a mother of three daughters. To avoid any misfortune and continue living under the continuous threat perception, I planned to move out from my village near LOC. Most of my land has been taken over by the Indian army and till date I have not received any compensation from their side,” said Maimoona (name changed).

When talked about development in the valley, all ears are up for projects in Srinagar and again the root problem remains unaddressed. The only Bone and Joint Hospital in summer capital Srinagar caught fire in March 2022 and the patients all across the valley had to suffer. Despite having a 200 bedded hospital in Hazratbal Constituency, patients were left derailed as the hospital has been occupied by CRPF who were moved into the valley to maintain the law-and-order situation during the abrogation of Article 370. On one hand center is claiming that Kashmir has become militancy free while on the other hand, the large deployment of armed forced placed in government buildings has another story to share.

Abrogation of Article 370 bore great symbolic and psychological significance for Kashmiris. In between the ideological clashes and communal lines, a common Kashmiri is paying the price in his everyday life as the economy in Kashmir continues to bleed.

Despite tall claims made by the center over creating a corruption free governance in Jammu and Kashmir, all the promises turned out to be rhetoric. Finance Minister Nirmala Sitharaman recently in Rajya Sabha asserted that Jammu and Kashmir has witnessed several positive changes in the economy as well as the political situation since the abrogation of Article 370 in August 2019 however the figures reveal that J&K has the second highest unemployment rate in the country with a staggering 46 percent. While political parties themselves are in absolute forlorn, youth of Kashmir is in past hope.