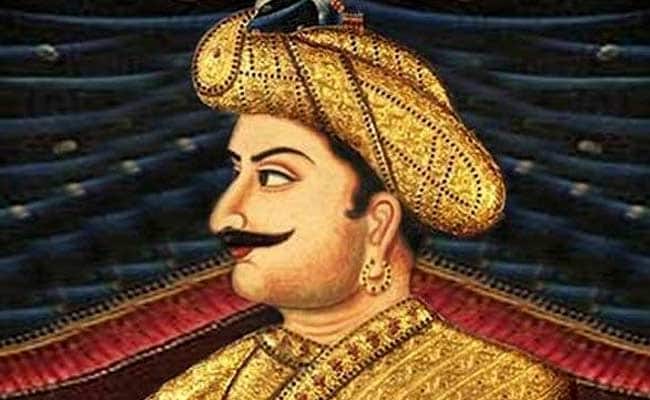 Tippu Sultan’s legacy has been questioned and lead to controversy in Karnataka for several times as part of politicizing a historical figure. Some right wing thinkers are secretly implicating their agenda on Karnataka’s history, literature and culture by portraying Tippu Sultan as a “religious bigot”. For that they pose arguments like he was a religious fanatic who callously massacred number of innocent Hindus, Kodavas, Nairs of Malabar and Christians, destroyed a lot of temples, indulged in mass forceful conversion to Islam. His was a barbaric ruling system aimed to expand Islamic preachings. Finally, they forged that the left leaning historians has whitewashed the history by depicting Tippu sultan as a freedom fighter.

Karnataka’s most Jnanapit award winner Girish Karnad once commented that “tippu would have been hailed if he was a hindu and enjoyed the same status of chatrapathi shivaji enjoying in Maharastra”. In fact, The right thinkers are distorting the history of a great patriot and freedom fighter of this country who incessantly waged wars against Britishers and negotiated with French to dethrone the British rule in India. Britishers recognized that tippu’s powerful army was the greatest threat for them amongst other armies in the whole sub-continent. They confronted with tippu and his father hyder ali as Anglo-Mysore wars, with the strong support from indian ally, the Nizam of Hyderabad, they killed Tippu in 4th Anglo-Mysore war, Nizam stormed and captured tippu’s capital Srirangapatna after a month-long siege. Now the arised question is why did Nizam fight against tippu being a Muslim? How can tippu fight against Nizam if he is a religious fanatic?

During tippu’s 17 years of reign he has developed numerous hindu temple through financial assistance. He donated silver vessels to the Sri Ranganatha temple in his capital and ordered to install Shiva linga at Nanjundeshwara temple in Nanjangudu. Also donated four silver bowls to Sri Ranganatha Swamy temple which is one of the five important piligrimage sites of Sri Vishnavism. He maintained close relationship and continued the tradition of patronisinng Shringeri Monastry, built by Adi Shankaracharya, by sending gifts and awarding as a tax-free land. ‘salam mangalarathi’ ritual is performed in Kollur Mookambike temple as the commemoration of tippu’s visit to the temple in 1763. He extended his assistance to the temples in Malabar region as well. All of these facts describes that he was an apostle of love and communal harmony. Going by the same logic of destroying the temple, even Rashtrakuta king Indira 3rd destroyed the temple of kalpriya and Marathas attacked Sringeri Mutt. They both were hindu kings and destroyed the temples.Is there any other Muslim who helped the temples in large alike tippu? is there any non-muslim rulers helped to build Mosques?.

Tippu had contributed a lot for Kannada literature and culture. He was versatile and could speak Kannada, Urdu, Persian languages fluently. Most of his letters were written in Kannada. There were Kannada poets and writers in his kingdom.

He was very progressive minded and interested in the disciplines like science, medicine, astrology, and engineering. But theology and Sufism were his favorite disciplines because he was pious Muslim.
He developed Mysore rockets and deployed during the Anglo-Mysore wars, Britishers suffered heavy losses because of these rockets. Soon they started to learn and adopt them into their side. Tippu was able to take rocket technology to the next level. India produced one of the best quality iron rockets in the world during his time. He made bigger rockets with longer ranges. Later, that rockets were seized from tippu’s armoury and used in many famous wars like Waterloo, Anglo-American war and so on. According to aerospace scientist Narasimha, “tippu will remain the original rocket man of India”. Dr APJ Abdul Kalam mentions in his book “… the painting caught my eye because the soldiers on the side launching the rockets were not white but were dark skinned, with racial features found in South Asia. It turned out to be Tipu Sultan’s army fighting the British. The painting depicted a fact forgotten in Tipu’s own country but commemorated here on the other side of the planet.” and said “he is the pioneer of rocket science” at Tippu Sultan Shaheed Memorial Lecture in Banglore(30 November 1991)

Such contributions made India and Karnataka rich in technology and science. Sericulture was introduced by Tippu as an agro-industry in his kingdom, for the first time in India.
He internationalised Karnataka’s trade and commerce.
His system of taking land from rich and giving to poor was later paved way to Land reform system in the post independent land. He only collected very less amount of tax from the people. People used to love his administration which later claimed to be barbaric

If Tippu was literally obsessed with mass forceful conversion to Islam, then Karnataka would remain the highest Muslim populated state in India. Rather, he was more generous and noble to every people irrespective of their religion. He had many minister belonged to different communities. Purnayya was one of the greatest diwans in his kingdom.

At present, Right wing thinkers are concealing the veracity of history and attempting to erase the fact that showed tippu’s sincerity and patriotism. The only reason for his beliefs and practises towards his religion he is largely neglected and degraded by the right leaning literaturers.
BJP and RSS workers inflicted religious sentiments on Hindu communities using their regular yardstick of hindutva desires.
The present Government in Karnataka banned the celebration of tippu jayanthi when the erstwhile government celebrated in 2017. They removed chapters of tippu sultan from school textbooks. Finally, they replicated tippu as a religious bigot. In that manner they exploit people’s religious emotions for their political purpose.