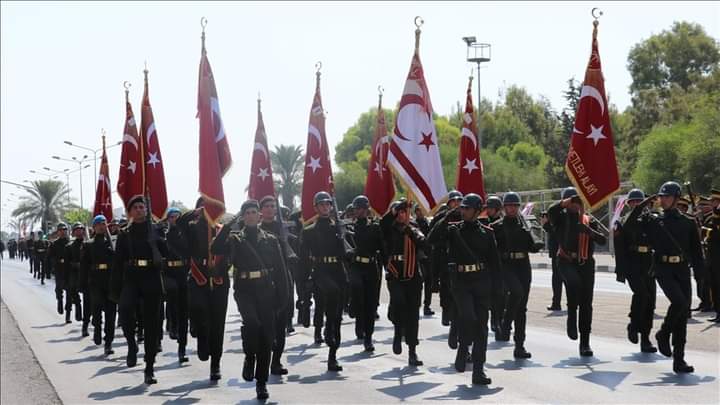 The premier of the Turkish Republic of Northern Cyprus (TRNC) said Friday that Turkish troops on the island would not withdraw and his country would not become another Gaza.

Ersin Tatar delivered remarks in a statement regarding Israeli forces’ aerial, ground and naval attacks on Muslims praying at the Al-Aqsa Mosque in occupied East Jerusalem and Gaza and noted that Israel maintained attacks even during the Muslim holiday of Eid al-Fitr that marks the end of the holy month of Ramadan, slaughtering children and women.

He said the UN Security Council and other international organizations have remained silent as they did when Greek Cypriots targeted Turkish Cypriots from 1964 to 1974.

Tatar said that those who remain silent before the massacre the Israeli state commits are complicit in a crime against humanity.

Turkey has done its best to protest developments in Gaza, where more than 100 hundred people were killed by Israeli aggression in recent days, while the world is acting as a mere spectator, according to the premier, who said history would not forget.

On the other hand, Tatar underscored the terror in Gaza and the world’s reaction once again proved the importance of Turkey’s role as a guarantor country and its troops in the context of the Cyprus island.

While organization such as the UN and the EU, along with Greece and Greek Cypriots request the removal of Turkey’s position as guarantor country in Cyprus, Turkish Cypriots can now read this demand better in the light of past developments on the island and ongoing violence in Gaza, said Tatar, noting that such requests were invalid as his country viewed Turkey’s status as indispensable.

“The world should know that Turkey’s role will not be removed. Turkish troops will not withdraw from Cyprus and Turkish Republic of Northern Cyprus will not become Gaza,” he said.

Tatar strongly condemned Israeli attacks against Gaza and condoled with Palestinians, adding he supported and prayed for Palestinians.

Tensions have been running high since an Israeli court ordered the eviction of Palestinian families from the Sheikh Jarrah neighborhood of East Jerusalem.

Palestinians protesting in solidarity with residents of the neighborhood were then targeted by Israeli forces and Jewish settlers.

The subsequent escalation of tensions resulted in airstrikes by Israel on Gaza that have killed at least 136 Palestinians, according to Palestinian health authorities.