New Delhi : Dipika Kakar, the  television actress known for playing the role of Simar Prem Bharadwaj in Sasural Simar Ka has got married with Shoaib Ibrahim, who played Simar and Prem on the show respectively.

Kakar was a contestant in Jhalak Dikhhla Jaa season 8. In 2017, she also participated  in Nach Baliye 8 along with her partner Shoaib Ibrahim.

The marriage was solemnized in Shoaib’s native village Maudaha Hamirpur, UP.

According to a source, the TV actress has converted to Islam for marrying beau Shoaib Ibrahim and is now called Faiza. 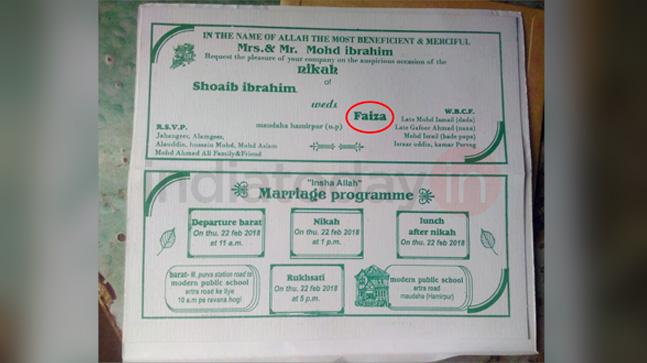