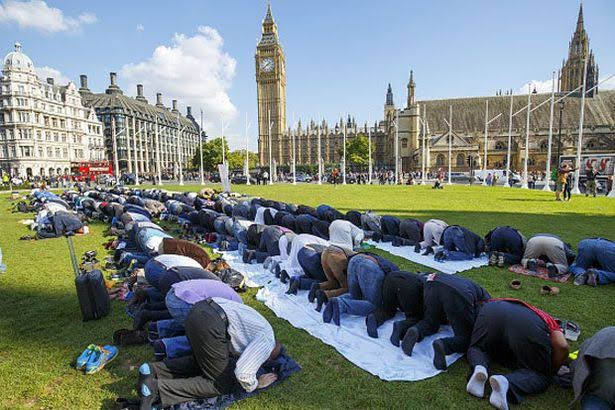 Sajjad Karim, who represented north-west England in the European Parliament for 15 years, dubbed the investigation a “whitewash” for denying the existence of institutional Islamophobia in the Conservative Party or Tory Party and termed Prime Minister Boris Johnson’s apology for his remarks on all-encompassing veil “insincere.”

On May 25, the party released the “Singh Investigation,” which looked at charges of discrimination directed against and by party members. Between 2015 and 2020, 1,418 complaints on 727 alleged discrimination incidents were filed.

According to the Singh Investigation report, anti-Muslim sentiment remains an issue inside the Tories, which not only harms the party but also alienates a large segment of society.

Prominent Tory Muslim MPs and members have decried the inquiry as a “whitewash” for failing to admit and acknowledge the existence of institutional Islamophobia within the Conservative Party and have called for an external investigation that includes Muslim members as well.

Speaking to Guardian’s Politics Weekly podcast, Karim said, “At the time when the inquiry was to be carried out, the party was well aware that I myself had a particular complaint that I felt needed looking into at a very senior level.”

“I heard absolutely nothing, I didn’t even know the inquiry was underway,” he said pessimistically, adding, “I hadn’t been contacted at all.”

He was not the only one who had been excluded from the process, he stated. “I get the impression that the whole thing (issue) is seen as an irritant more than anything else.”

Moreover, the report did not address Islamophobia and was just a commentary on “anti-Muslim sentiment,” he opined and added, “The report itself says (to the party) you do not have any institutionalized Islamophobia.”

Blaming the party for Islamophobia that exists at all levels of the party, including its leadership, Karim alleged that the authors of the report, however, “deny the existence of institutional Islamophobia within the Tories.”

“The issue of Islamophobia isn’t being singled out in a particular way,” he said.

The former MEP described the party’s complaints procedure as being “not fit for purpose” and that the Conservative Central Headquarters (CCHQ) would use “sleight of hand” to escape and evade attempts at implementing the recommendations offered by the inquiry.

Karim said the prime minister’s apology for comparing women wearing burqas (all-encompassing veil from head to toe) to letterboxes in 2018 was “insincere” and “nothing but insulting.”-AA