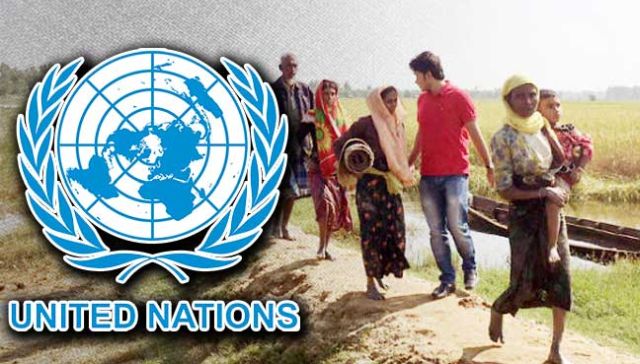 The number of Rohingya refugees who have fled to Bangladesh since late August has reached 519,000, an increase by 4,000 over the weekend, according to the Office for the Coordination of Humanitarian Affairs (OCHA).

Aid workers continued to work with the Bangladeshi government to scale up their operations, and 515,000 people had been provided with food assistance as of Wednesday, said Dujarric on Monday, Xinhua news agency reported.

The revised humanitarian appeal for $434 million, which seeks to help 1.2 million people, is currently 24 per cent funded, said the spokesman.

The International organization for Migration says that at least 13 Rohingya refugees — mostly children — drowned when a fishing boat carrying them to Bangladesh capsized in stormy weather.

There were approximately 60 refugees aboard a wooden fishing vessel when it left Myanmar under cover of darkness, hoping to avoid patrols on both sides of the border, survivors told the IOM.

The World Health Organization (WHO) and its partners will roll out a vaccination campaign on Tuesday in Cox’s Bazar, where most of the refugees are housed.

The organization aims to deliver cholera vaccinations to 650,000 people initially, followed by a second round to 250,000 children.