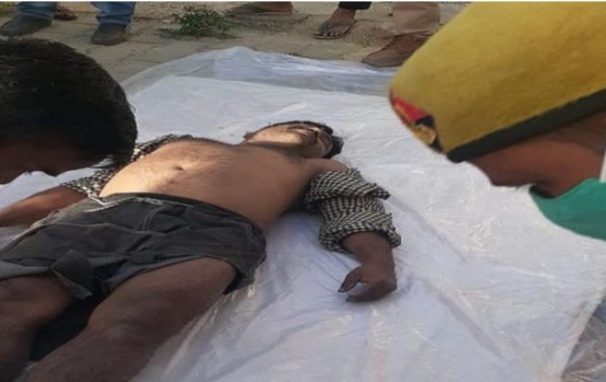 New Delhi: 36-year-old man, Ziyauddin, died in police custody in Uttar Pradesh’s Ambedkar Nagar district on the intervening night of Thursday and Friday. Local police said that he suffered a cardiac attack but his family has disputed the claim and alleged torture in police custody.

His death angered family members and locals who staged a protest demanding the registration of a First Information Report (FIR) against police personnel responsible for his death.

An FIR has been lodged at Akbarpur Police Station in Ambedkar Nagar under Sections 302 (murder) and 364 (abducting for murder) of the Indian Penal Code against Devendra Pal Singh, SWAT team in-charge and unidentified police personnel along with him.

Ambedkar Nagar Superintendent of Police (SP) Alok Priyadarshi has ordered the suspension of seven policemen, including Swat Station House Officer (SHO) Devendra Pal Singh and his colleague Harikesh Yadav, and ordered a magisterial inquiry into the death of Ziauddin, who had been taken into custody for questioning in a case of theft.

The victim’s parents and villagers alleged that Ziauddin was picked up by a group of Special Operation Group (SOG) of Ambedkar Nagar at least three days ago, without any warrant or a legal notice. “My brother Ziauddin had left home on his bike on Wednesday at around 4 pm after informing his wife Fuzaila that he was going to a relative’s place and would return on Thursday. When he did not return, even by midnight, his parents started lookig for him, only to be informed of his death by the police,” Shaquib, his cousin, told Newsclick, adding that the Pawai Station Officer (SO) informed the gram pradhan in the wee hours of Friday that Ziauddin was picked for questioning and had suffered a cardiac arrest during the interrogation.

Shaukat Ali, U.P. president of the All India Majlis-e-Ittehad-ul-Muslimeen, visited the family of the victim, and demanded the arrest of the accused police team and a compensation of ₹50 lakh to Ziyauddin’s family.

The Samajwadi Party targeted the Yogi Adityanath-led State government over the incident and tweeted that it was another “fake encounter” on the “thok do” instructions of the Chief Minister.