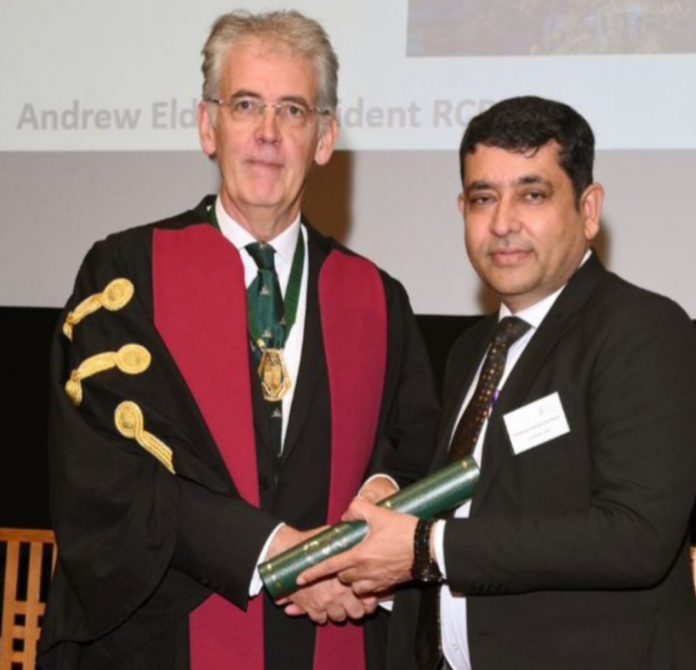 At a meeting of the Urdu Scientific Society, attended by prominent Doctors of Lucknow, Dr. Kausar Usman of King George Medical University, Lucknow was felicitated for the honor he received as a Fellow of the Royal College of Physicians, Edinburgh.

Presently working as a Professor of Internal Medicine at one of the prestigious medical institutions of India King George’s medical university, Dr. Usman is known for his expertise in the field of Medicine in general and Diabetes in particular. In 2016, Dr. Usman became the first Muslim Professor in the medicine department of King George’s Medical University, Lucknow.

Prior to joining King George’s Medical University as a teaching faculty member, he worked in reputable medical institutions like Indraprasth Apollo Hospital in New Delhi.

In 2017, Dr. Usman had received a Fellowship Award FACP (Fellow of American College of Physicians) in San Diego, California.