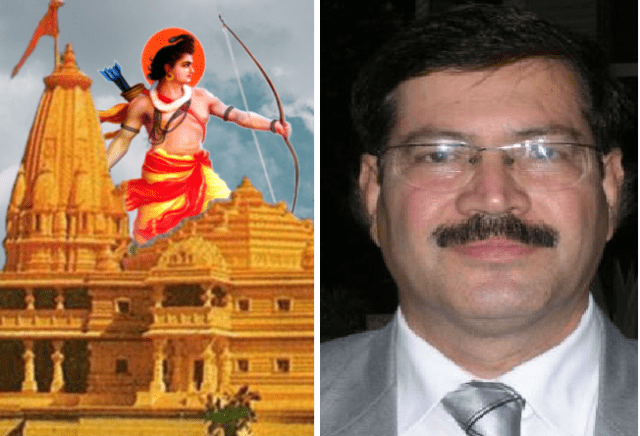 New Delhi: Maulana Azad National Urdu University (MANUU) chancellor Firoz Bakht Ahmed has urged the Muslim community to make token donations for the construction of Ram Temple. He added that he has been advocating for building the temple for the past two decades.

The temple is being constructed at the site where Babri Masjid stood till 6 December 1992. A mob of Hindu terrorists, aided by veteran BJP and RSS leaders, had demolished the mosque. The mob believed that the mosque was built during the period of Mughal ruler Babur after demolishing an existing temple. However, the allegation has not been supported by historical texts.

All India Muslim Personal Law Board executive member Zafaryab Jilani said that the appeal made by Mr Ahmed is ”unconstitutional”. ”In a secular country, anyone holding such a constitutional position cannot issue an appeal for any particular religion. This is against the principles of secularism, which is a part of the basic structure of Indian constitution. So, his appeal is unlawful and unconstitutional”.

However, Congress spokesperson M Afzal refused to comment on the issue. ”We don’t get involved in such issues,” he told Muslim Mirror.

It is pertinent to note that several Muslims have been killed and their properties were destroyed during the campaign run by RSS-BJP cadres for the demolition of Babri Masjid and construction of Ram Temple. Even today, Muslims continue to be attacked in the name of the temple.

For the past some weeks, Hindutva groups have been taking out rallies as a part of their fund collection drive. Such rallies are purportedly taken out in Muslim-majority areas. In Uttar Pradesh’s Bulandshahar, two youths reportedly abused Muslims during such a rally. They were arrested by the police later. In Madhya Pradesh, a mosque was targeted and a saffron flag was hoisted on its roof. Several villages and towns in the state have witnessed tension caused by the rallies.

”The most painful part of the nationwide fund collection drive for the Ram temple is that rallies are deliberately being taken out in Muslim majority areas and provocative slogans are being raised” reads an article by Masoon Moradabad. 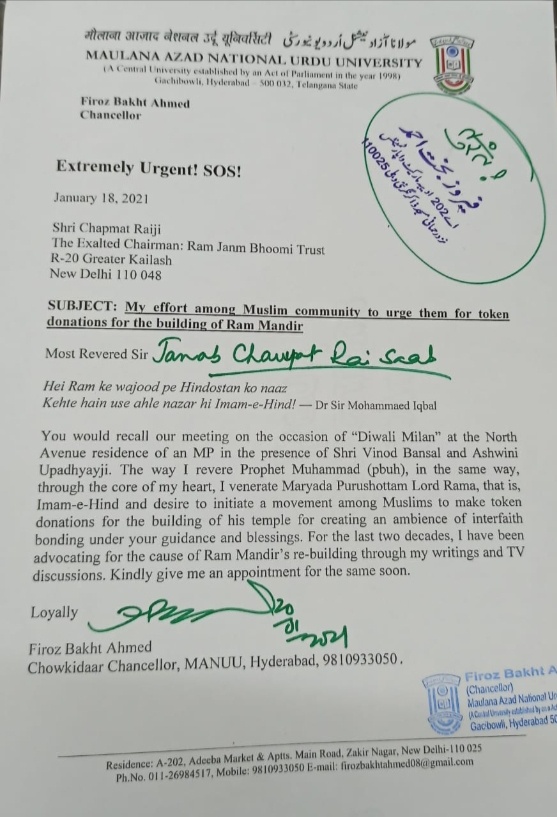 The article published in Inquilab, an Urdu daily, added, ”One of the purposes behind such rallies may be to deepen the feeling of loss among Muslims and show their strength to them… On one hand, Muslim Rashtriya Manch, a subgroup of the RSS [Rashtriya Swayamsevak Sangh, Hindu nationalist organisation] is running a campaign to collect funds from Muslims for the Ram temple. On the other hand, other extremist organisations affiliated to the same RSS are trying to provoke Muslims and make them an easy target. This contradiction is the real identification of fascism.”