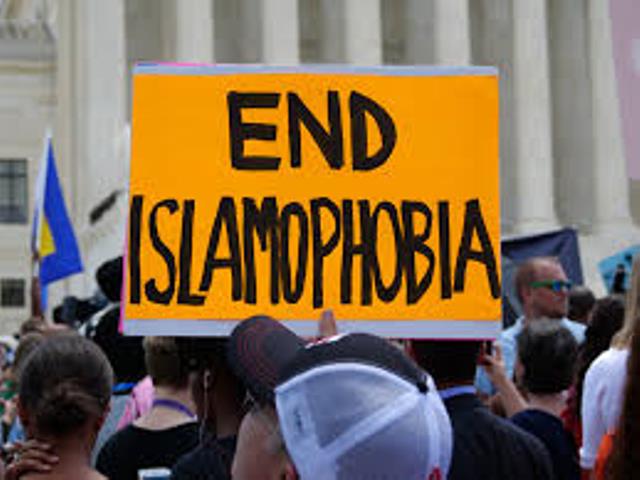 Washington:  A group of over 30 American lawmakers led by Congresswoman Ilhan Omar has introduced a bill in the House of Representatives against growing incidents of Islamophobia worldwide.

The bill urges the State Department to include state-sponsored Islamophobic violence and impunity in its annual human rights reports.

The creation of the Special Envoy will help policymakers better understand the interconnected, global problem of anti-Muslim bigotry, the group of over 30 lawmakers said.

It will also establish a comprehensive strategy for establishing US leadership in combating Islamophobia worldwide.

Proponents of the bill, which requires the State Department to create a Special Envoy for monitoring and combating Islamophobia, have put India in the category of China and Myanmar for alleged atrocities against Muslims.

The Ministry of External Affairs in the past has asserted that India is proud of its secular credentials, its status as the largest democracy and pluralistic society with a longstanding commitment to tolerance and inclusion.

The Indian Constitution guarantees fundamental rights to all its citizens, including its minority communities, it has said.

It is widely acknowledged that India is a vibrant democracy where the Constitution protects religious freedom, and where democratic governance and the rule of law further promote and protect fundamental rights, the MEA has maintained.

Congresswoman Omar said, “We are seeing a rise in Islamophobia in nearly every corner of the globe.”

A press statement issued by her office said that there has been a staggering rise in incidents of violent Islamophobia.

Whether it is the atrocities being committed against the Uyghurs in China and the Rohingya in Burma (Myanmar), the crackdowns on Muslim populations in India and Sri Lanka, the scapegoating of Muslim refugees and other Muslims in Hungary and Poland, the acts of white supremacist violence targeting Muslims in New Zealand and Canada, or the targeting of minority Muslim communities in Muslim-majority countries like Pakistan, Bahrain and Iran, the problem of Islamophobia is global in scope, it said.

The Combating International Islamophobia Act is endorsed by several organisations including the American Muslim Empowerment Network (AMEN), the Council on American-Islamic Relations (CAIR) and the South Asian Americans Leading Together (SAALT).

For over a decade, we have seen increasing incidents of violent Islamophobia both in the US and worldwide from the genocide of the Rohingya in Burma (Myanmar) and Uyghurs in China to the attacks on Muslim refugees in Canada and New Zealand, said Congresswoman Jan Schakowsky.

Nihad Awad from CAIR said that while global Islamophobia, anti-Muslim state policies and hate incidents have increased for the past two decades, the American Muslim community has consistently called for the creation of a special envoy position to monitor and combat this rising tide of hate.

Global Islamophobia is not only a threat to the safety and security of Muslims here and abroad, it is also a threat to international religious freedom and democratic principles.

CAIR is calling on congressional leadership and the Biden-Harris administration to support the Combating International Islamophobia Act and make this special envoy position a reality,” Awad added. Source : PTI