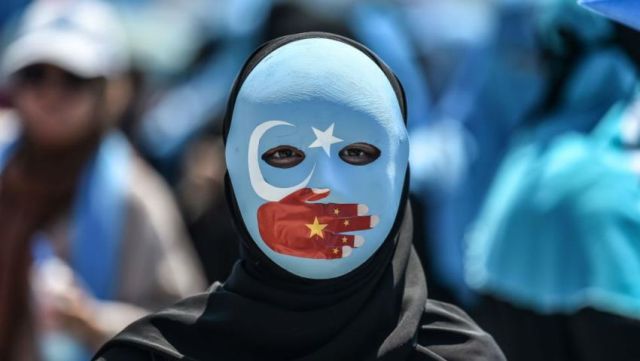 WASHINGTON : Rights groups and Uyghurs living abroad have strongly condemned a visit to Xinjiang this week by a delegation of Muslim scholars and clerics from developing nations who voiced support for China’s policies in the far-western region, saying they turned a blind eye to the suffering of the persecuted community.

The group of more than 30 Islamic representatives from 14 countries — including the United Arab Emirates, Jordan, Serbia, South Sudan and Indonesia — arrived in Xinjiang on January 8 to visit the cities of Urumqi, Turpan, Altay and Kashgar and to meet with government officials Uyghurs, RFA reported.

Statements by the head of the delegation, Ali Rashid Al Nuaimi, sparked widespread anger from Uyghurs abroad and a strong reaction from US-based Muslim organisations, including the Council on American Islamic Relations and Justice for All.

Al Nuaimi, chairman of the UAE-based World Muslim Communities Council, and others met with Ma Xingrui, Communist Party secretary of the Xinjiang Uyghur Autonomous Region, and Erkin Tunuyaz, the region’s chairman, who both thanked them for their support of China’s Xinjiang policy.

Al Nuaimi was quoted by state media as praising efforts by Chinese authorities to eliminate terrorism and extremism in Xinjiang as the correct way to protect China’s national interests and people.

“Here we look at all Muslims as Chinese. They should be proud of Chinese nationals,” Al Nuaimi was quoted as saying in a report by China’s CGTN on Wednesday.

China’s Xinjiang policy has included intrusive surveillance, religious restrictions, the destruction of mosques, arbitrary arrests, and the detention of an estimated 1.8 million mostly Muslim Uyghurs and other Turkic peoples in a vast network of internment camps and prisons. Some have been subjected to sexual assaults, forced labour and forced sterilizations, RFA reported.

Though the US and other Western nations have denounced China’s actions, major Muslim countries have defended the Xinjiang policy, as a result of Beijing’s economic and diplomatic power and their increasing indebtedness to China, critics said.

“Unfortunately, due to the benefit they get from China, the Muslim world is ignoring China’s atrocity toward Uyghurs and not seeing its ethnic genocidal crime, said Mustafa Akyol, a Turkish writer and journalist who is a senior fellow at the Cato Institute’s Center for Global Liberty and Prosperity, RFA reported.

“They are willing to accept China’s interpretation and trying to improve their relations with China,” he said.