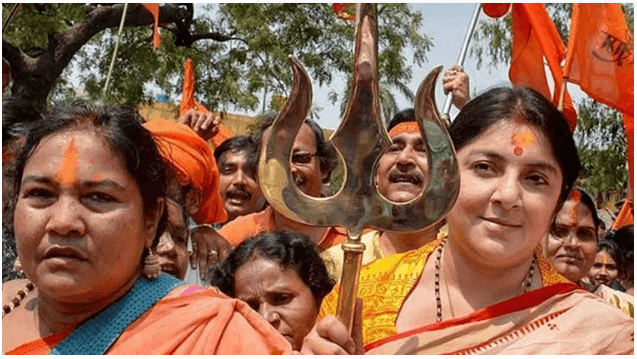 Kolkata, Aug 23 The Vishva Hindu Parishad (VHP) on Friday took out over 300 cultural processions across West Bengal as part of its plans to celebrate Janmashtami, the birth of Lord Krishna, a VHP spokesperson said.

The three-day celebrations started on Friday and will be held till August 25 across the state, VHP state unit spokesperson Sourish Mukherjee told .

“Over 300 rallies have been taken out in Kolkata and the districts today. One hundred more rallies will be taken out later in the day,” Mukherjee said.

“The situation has so far been peaceful. No news of attack or attempts to resist the rallies have been received yet,” he said.

Colourful processions were taken out in Howrah and Nadia district”s Nabadwip and Ranaghat.

Mukherjee said VHP”s organisational secretary Vinayak Rao Deshpande will be present in a cultural programme to be organised in Durgapur on Saturday.

“At every venue, boys and girls will take part in the festivities dressed like Lord Krishna. There will be competitions on colouring the lord”s picture and devotional songs will be rendered. Well decorated tableaux will also be taken out,” he said.IANS

Man detained for threatening to blow up VHP office in Delhi