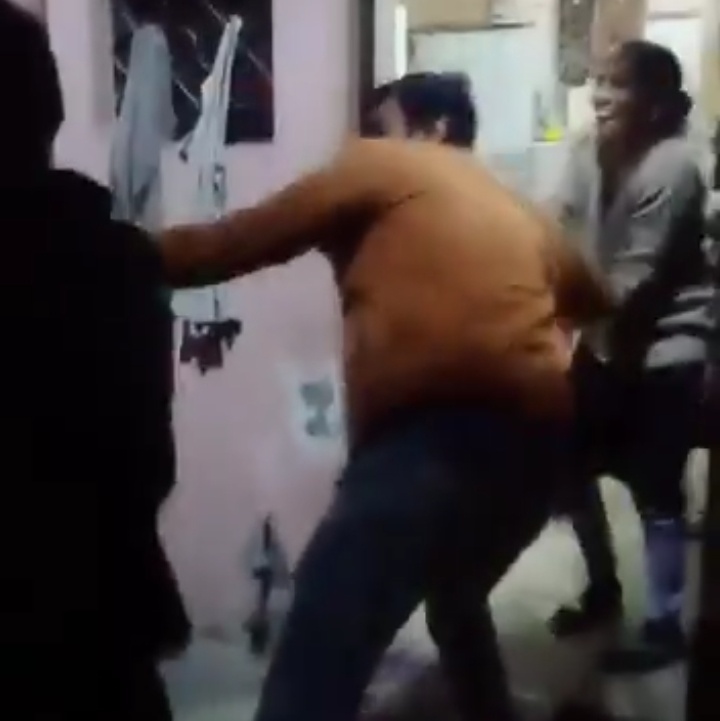 New Delhi: Rinku Sharma, who died due to stabbing injuries in outer Delhi’s Mangolpuri, is seen attacking some people with a knife in a video clip posted by ABP journalist Abhinav Pandey. The video clip counters the godi media narrative being run in connection with his death.

The aforementioned video indicates that some men with batons in their hands are present around Sharma. In the meantime Sharma tries to pic gas cylinder but her mother stops him , the he takes a knife and tries to attack the men. After that, Sharma is stopped and killed by those men.

Several versions of the incident is doing the rounds in the media. However, the police have emphasised that the “quarrel” was over a restaurant closing down and that any other motive ascribed to the incident is “factually wrong”.

Rinku was a member of the Vishva Hindu Parishad and associated with the Bajrang Dal. His family claimed his death was “communal” – that he had been attacked because he was collecting funds for the construction of the Ram temple in Ayodhya.

The local VHP has claimed Rinku’s death is part of a “targeted attack on Hindus” due to his participation in their collection drive for the Ram temple. Rajpal, a VHP member, said Rinku was very “devotional” and “religious”; he would chant Hanuman mantras and actively participate in “all religious duties”.

On Friday evening, members of the VHP and Bajrang Dal, among others, held a candlelight march near the Sharmas’ home, claiming that Rinku had been attacked because he was helping to collect funds for the construction of the Ram temple. They waved banners saying “Justice for Rinku” in the narrow lines near his house.

On the same day, Rakhi Birla, the deputy speaker of the Delhi Legislative Assembly and the Aam Aadmi Party’s MLA from Mangolpuri, came to speak to Rinku’s family.