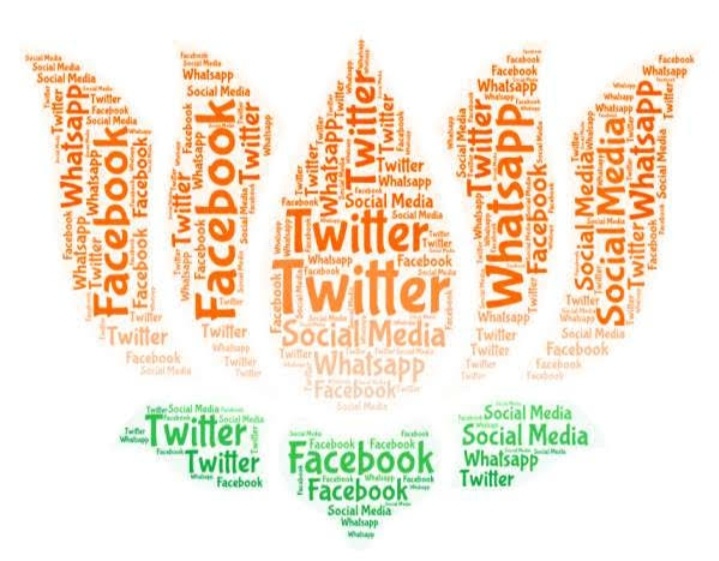 “Modi Ji aapko sharam nahi aati” shrieks the crying Payal Rohatgi, in a video available on Youtube. She is a cinema actress and she asks PM Modi as to why Hindus are getting killed in West Bengal in post-poll violence. If her speech is put to analysis it is a clear exhortation for Hindus to start to kill Muslims. Twitter has banned her account. She has in the past supported the rape-accused Asaram Bapu too. This is the second account to have been suspended after another communally infested diatribe had come from another actor Kangana Ranaut, as she too sobbed over Hindu women being raped and Hindus getting killed as she sought for a President’s Rule in WB. Her account too has been suspended by twitter.

This is an extremely dangerous phenomenon as in a society like India, a sobbing woman being victimized can extols for a bloodbath as people from her clan can go to any extent, of course with the support of the friendly-government! Ranaut wanted PM Modi to don the mantle of Gujarat 2002 where more than 2000 Muslims were put to sword in the supposedly Muslim holocaust under the then Gujarat CM Modi. In her tweet she refers to WB CM a ‘monster’! If there was not the timely report by AltNews we were not to have known that an old photo of a woman injured in Bangladesh has been linked to WB post-poll violence, in another example a girl giving water to her COVID positive father from Andhra Pradesh too has been linked to WB the same violence. Another incidence of a rape-cum-murder in Medinipur, WB was attributed to have been done to a Hindu woman. All the three were put-on-frame by BJP high-profile members including MPs, whereas, the fact is that those involved the killing were  Chotu Munda, Bikas Murmu, and while they raped and murdered-their third accomplice Tapasi guarded the door. It was reported in local media but no one associated it with post-poll violence!

Those who are crying wolf towards the violence have easily forgotten as to how BJP WB Chief and MP Dilip Ghosh had announced ‘Bodol Hobey , Badlao Hobey’ , seeking change in government and revenge on TMC. The violence is but a part of the larger design which BJP had to orchestrate the same way it did after the Delhi polls last year. The likes of Kapil Mishra, Parvesh Verma (BJP MP) Anurag Thakur (Union Minister), whose role in the riots is ‘all-clear’ but not even an FIR was filed against them. The poor Delhi HC Judge Justice S Muralidhar was transferred within-no-time as he had taken to task the Delhi police role into the riots which saw more than 50 dead.  The Delhi police later told Delhi HC that there was no actionable evidence against ‘the-three’. This is what BJP wants to flaunt, that the law is never to regain as long as Muslims are at a loss!

Dilip Ghosh virulent campaign against Muslims has long since gone unabated. He would say  that after 2020 elections TMC workers would be shortened by six feet and buried six-feet under the ground. This would mean that heads would be chopped-off and the reference towards burial meant it for Muslims!  In a government under Modi can it ever be imagined for Dilip Ghosh to be behind the bars? Impossible. The UP CM too while on his visit to WB, on March 3, threatened that after May 2 results TMC goons would ‘beg-for-life’. So far 14 people have died in post-poll violence in WB. BJP in a race to blacken TMC CM Mamta Banerjee, took to a press-conference, and showed an image of Manik Moitra to have died in the violence at Sitalkuchi. The video of the PC attracted more than 1 million views, tells AltNews which also informed that the man shown as dead was in fact India Today journalist Abhro Banerjee and is ‘hail and hearty’! This is how a national party works in its overdrive to overkill its opposition all in the name of democracy.

The issue of gang-rape of a BJP woman in Birbhun district of WB spread like a wild fire as Soumitra Khan, a parliamentarian, tweeted on May 4, a picture of a woman with her face blurred, claiming that she had been gang-raped by TMC workers, the news turned-out to be  fake! But not before it generated a nationwide xenophobia against TMC. The district SP Nagendra Tripathi called the news as absolute mischief, while ordering a probe as to from where it got generated on social-media. National Human Rights Commission has also chipped-into with setting-up an on-the-spot inquiry of the incident.

How the mishandling of COVID-19 by BJP government  all across India, which has nothing to offer except hatred for Muslims, is definitely to cost dear, as it is leant through BBC that the local BJP leadership of Benarus, Modi’s constituency, has gone into hiding along with Modi and UP CM. Will not the world shudder that Hamirpur (UP) witnessed dozens and dozens of dead bodies, wrapped in some shroud floating in river Yamuna. Obviously the bodies are of those who could not be put on funeral-pyre, due to the long-queues at cremation-grounds and also that many even do not have money for it! Even one-half dead body was also found, informed Jagrantimes.in.  BJP was so power-drunk that it made Election Commission conduct local-bodies polls despite the Corona- havoc, and in its wake UP lost more than 700 of Basic-Education Department employees, including a eight months pregnant teacher to the mercy of Covid-19 as they were mandatory put to election-duty! Who will look after the bereaved families? Will the courts intervene suo-moto? How will BJP fare from it?

BJP External Affairs S Jaishanker still finds time to heap the present situation on the previous government, whereas India knows it well that in the past quarter of a century BJP has ruled for over 13 years. The government of India also in its arrogance has refused the request of private firms in Punjab to import liquid medical oxygen from Pakistan to meet to the hapless need of health infrastructure, tells TheWire. There is also a depressing news from TheQuint, that PM Cares Fund had allocated 2000 Cr in May 2020 for the ‘made in India’ ventilators for government hospitals. It has now come out that of these ‘50,000 ventilators, the delivery of almost 9,000 Low Flow Oxygen (LFO) ventilators has been held up due to non-payment of dues to the designated manufacturer’. While 4000 Indians are dying (officially) per day in India!

The rumblings against BJP have started in Bihar, after the WB results, and let’s see what makes for it in 2022 in UP.

The writer is a former UP State Information Commissioner. He is also a political analyst.