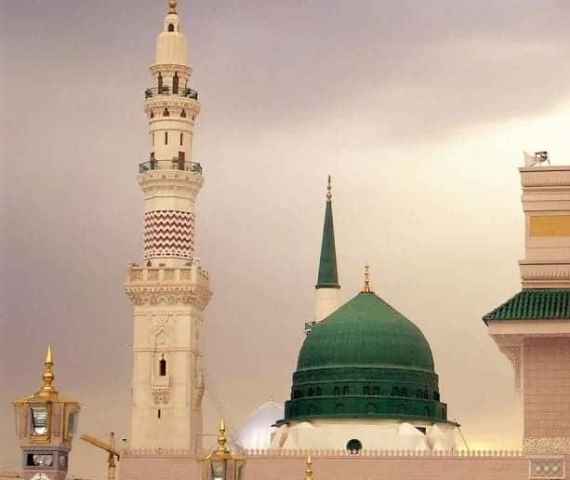 Muslims throughout India celebrate Prophet Muhammad’s Birthday popularly known as Eid-e-Milad un-Nabi every year on 12th Day of the Month of Rabiul Awwal (3rd month of the year according to Islamic Lunar Calendar).  This day changes in Gregorian Calendar (based on solar Year). Thus this year (2020) Prophet’s Birthday falls on 30th October.

Eid-e-Milad un-Nabi is different from Eid al Fitr and Eid al Adha. Eid Al Fitr is celebrating the end of fasting during the whole month of Ramazan and Eid al Azdha is celebrated to honour the willingness ofHazrat  Ibrahim to sacrifice his son Hazrat  Ismael as an act of obedience to God’s command.

On the occasion of Eid e Milad un Nabi, large meetings are organized where the Sirah (the life of the Prophet) is revisited and Islamic Scholars remind the Ummah (Community) about the teachings of the Prophet for their benefit in this world and hereafter. These meetings, popularly known as Milad or Mahfil e Milad continue with small gatherings throughout the month of Rabiul Awwal.

In view of the fact that presently Muslims of India lag behind in Education (knowledge), main cause of their sufferings, it is high time that Muslim Scholars should exhort Muslims to acquire knowledge as directed by the Prophet. Knowledge (Arabic – Ilm, singular; Uloom – plural) and intellectual weakness is the main cause for the decadence of Muslims in India and, therefore, only acquisition of Knowledge can solve existing problems of Indian Muslims.

“Seeking knowledge is obligatory for every Muslim (men or women)”

‘Knowledgeable man is more formidable against the Satan'”

“Seek knowledge though it may be as far as China”

“The ink of the Scholar (Knowledgeable person)is more holy than the blood of the martyr.”

“If anyone travels on a road in search of knowledge, Allah will cause him to travel on one of the roads of Paradise. The angels will lower their wings in their great pleasure with one who seeks knowledge”

“Whoever takes a path upon which to obtain knowledge, Allah makes the path to Paradise easy for him.

“The superiority of the learned man over the devout is like that of the moon, on the night when it is full, over the rest of the stars”.

“Wisdom is the lost property of a Muslim; hence collect it from whoever you find it with”

“An hour’s contemplation and study of Allah’s  creation is better than a year of prayers.”

“Knowledge from which no benefit is derived is like a treasure out of which nothing is spent in the cause of God.”

“Acquire knowledge and impart it to the people.” –

‘The best thing that a man can leave behind is knowledge which is acted upon after his death.’

The only legacy of the scholars is knowledge, so whoever takes from it, then he has indeed taken the most able share.

: “Who goes seeking knowledge, then he is in Allah’s cause until he returns.”

“When a person dies, his deeds are cut off except for three: Continuing charity (Urdu -Sadaqa), knowledge that others benefited from (Urdu- Ilm Nafe), and a righteous son who supplicates for him.”

“The best of charity is when Muslim man gains knowledge, then he teaches it to his brothers (others).”

These Prophetic Sayings (Traditions) echoed throughout the history of Islam and encouraged Muslims to seek knowledge.For a believer,  life should be a “learning journey from cradle to grave”. Muslims prospered for almost ten centuries because they followed these injunctions. The rise of Muslims to the zenith of civilization was due to their thirst of worldly knowledge.  Their decline started when they considered religious knowledge as the only obligation for them and then abandoned the path of modernization. Maulana Abul Hasan Ali Nadvi, well known Islamic Scholar of twentieth Century, in his book on the conflict between Islam and the West, rightly observed “Humanity greatly suffered because of severing the ties of Knowledge (Science) with religion and this separation has caused great harm to Islamic Society.”

Now the best way of celebrating Prophet Birthday ( Milad un Nabi) is to appeal to Muslims to acquire knowledge with electric speed for the resolution of all their problems. Eid Milad un Nabi  (Prophet”s Birthday) is best occasion for Muslims to “Say to Allah”:” Oh My Lord! Increase me in knowledge.'” (Qur’an, Sura 20, Verse 115)