There are thousands of incidences in UP which go unreported everyday involving police atrocities. It is true to the fact that UP police has put a horrendous face when it comes to its high-handedness on hapless people and not surprisingly such incidence are always on the rise. The latest to hit, within one week, are two incidences in which Altaf was allegedly killed inside jail in Kasganj, and Qasim was brutally rained with sticks in Bareily. If there was no CCTV footage the Bareily incident was to have passed-off like being ‘normal’.

The Bareily incident is shameful to the extreme, as prima facie, from the available CCTV tape, it shows two police constables following a boy from behind on motorbike, kicks him, then slaps him and thereafter indiscriminately beat the boy with sticks as he runs for his life. What later comes out was that the boy was selling-fish, and did not even had a right-hand! He was Divyang (handicapped), to borrow the expression of BJP PM Narendra Modi. Is selling fish a crime? But, he was by default already a criminal as his name was Qasim. He was forced to extortion, which he could not, and thus his fate. 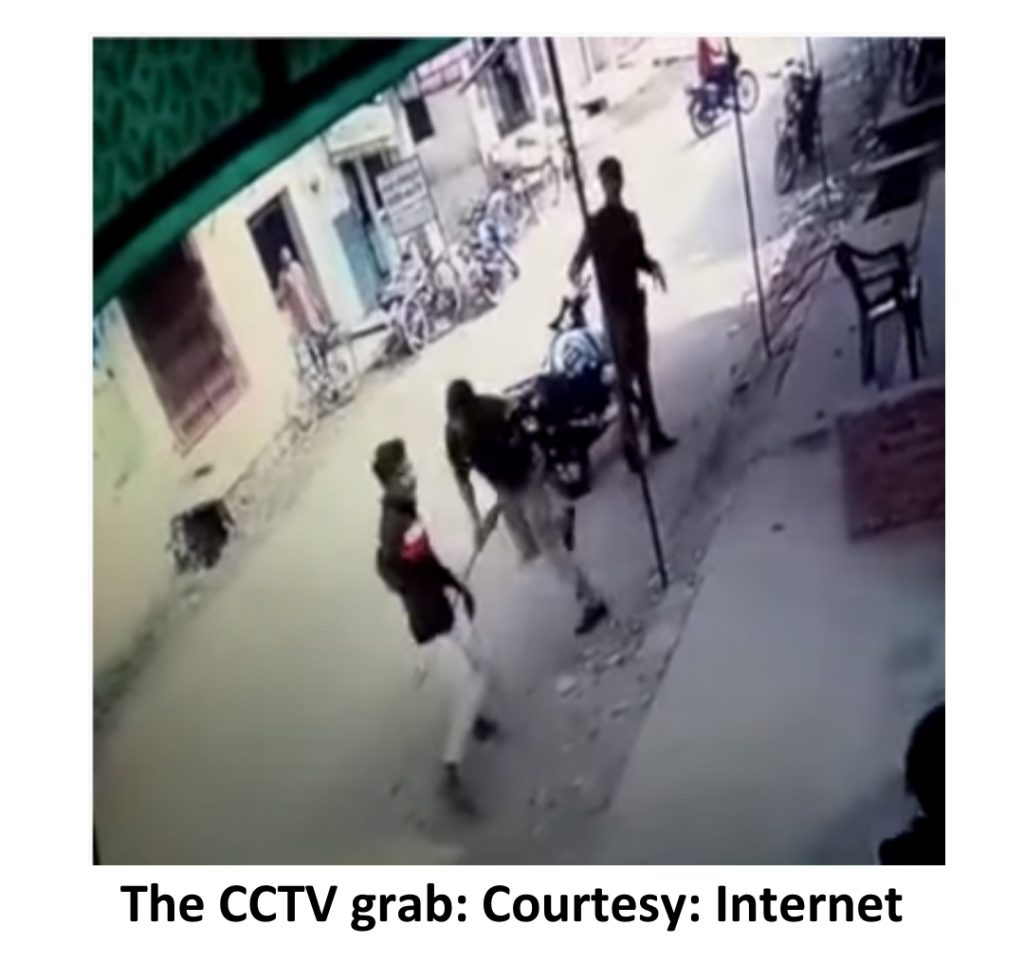 In another video, the same poor boy, with an amputated hand writhes in pain and tells that he was asked for half-half money, for selling fish, and which he had none and was therefore beaten to the bones! His bereavement and innocence is writ on his face but for the inhuman police! 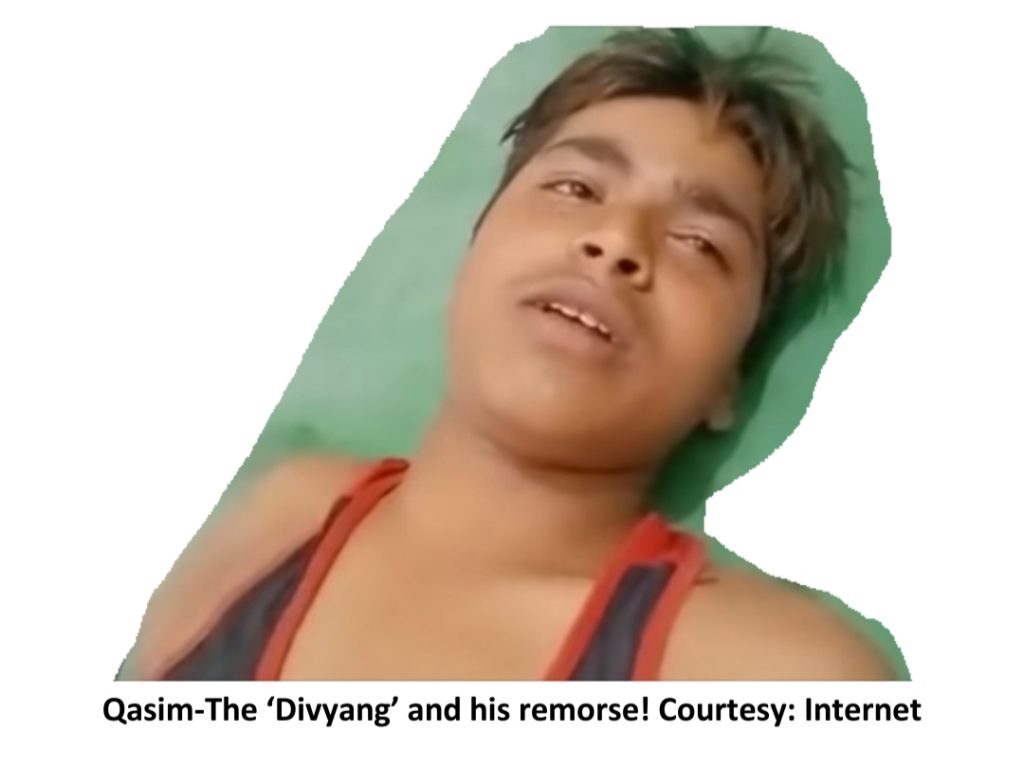 The small video can easily churn your stomach, as people at large have been hit by joblessness and unemployment, most severely, during and after the outbreak of COVID-19 second wave in UP, and are hence, just trying to negotiate with life by engaging into paltry selling-of-things, and also are therefore, subjected to bullying, extortion and torture by police, with particular reference to Muslims! The communal angle just cannot be discounted. This is irrespective of hundreds of cases of beating, lynching etc done to Muslims, all across UP by BJP and Bajrang Dal hoodlums, on daily basis, mostly under police protection, as Muslims are paying the price of being Muslims! Such brutalization by police is also a daily affair, but with the only difference that while BJP/BD lumpens orchestrate their acts of shameful valor, they screen it on tape too, but for the police acts, no one can dare record. However, for the sake of record, since, this tape has occurred, the two constables have been suspended, obviously for name sake! It also looks at the first glance, through video, that Qasim is also less than 18 years, as he has not even started to grow moustaches.

It is a after all a relief, that Qasim was just lucky enough to survive and not to have been killed the way Altaf, a five-feet six-inches tall and 21 years old, has died in Kasganj in police custody. Altaf was taken into custody allegedly to have abducted a Hindu girl on his locality, and all what came out from jail, was his dead body. Parents of Altaf have accused police to have killed their son and police on the contrary has crafted a story that Altaf died after ‘suicide’ that too after hanging from a water tap, three-feet high in a washroom, by the string of his jacket. 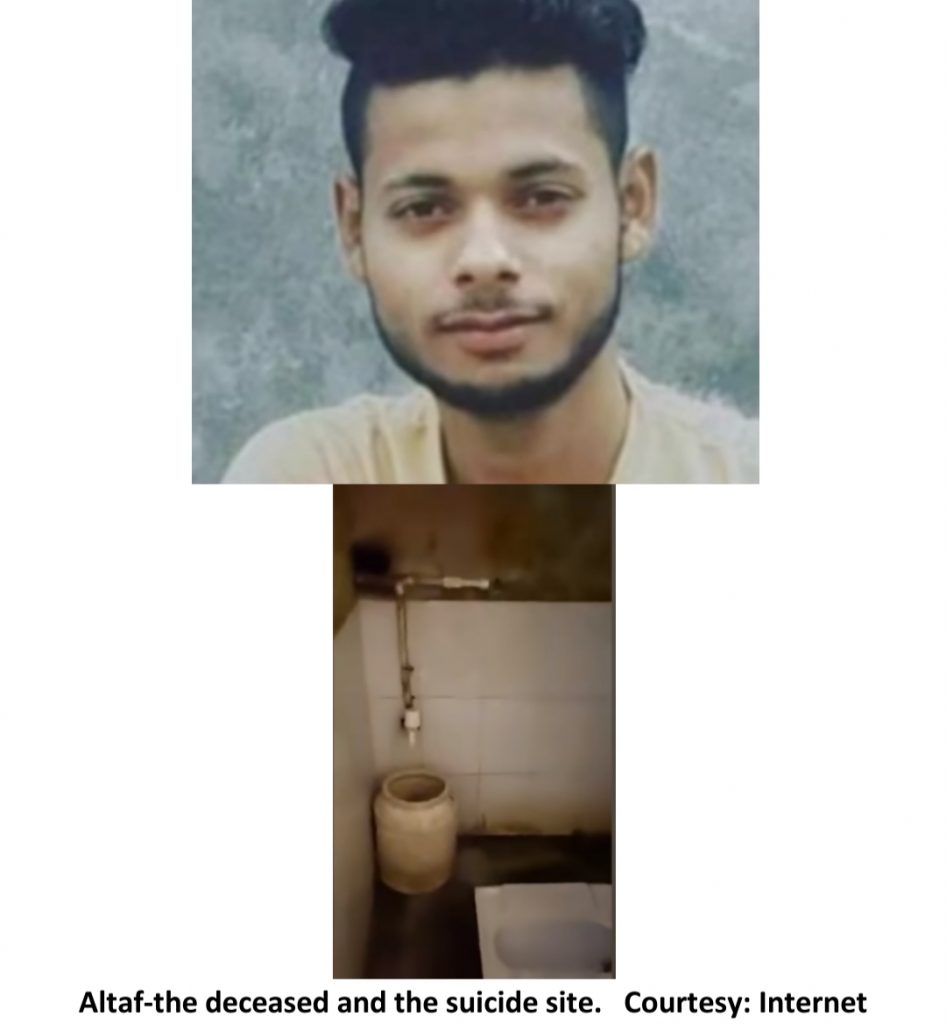 His father was forced to attest a written statement by his thumb impression, in which the poor illiterate man had to ascribe to the police theory or else what was to further come can easily be comprehended. A purported video of his father, Chand Mian, saying that his son was under depression and after getting arrested he committed suicide. Police want everyone to believe it. It is no body’s guess as to how he was coerced to speak in the manner, as later he too admitted that police forced-him to speak. Five policemen have also been suspended. The least what could have been expected. A typical ‘filling-in-the-blanks’ exercise. 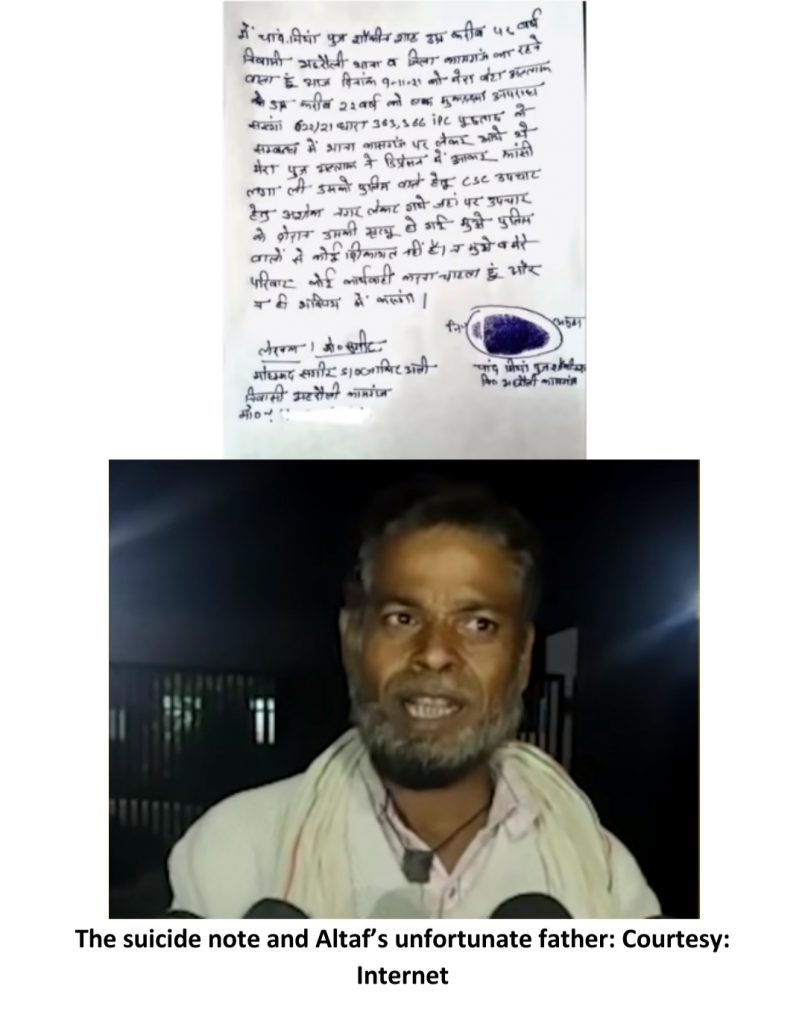 The Altaf story will soon drown and also miss from the media glare as going by the paltry background of Altaf’s father, it is expected that soon that the whole issue will fizzle out and the file would be just consigned to the record-what to talk of remaining in public-memory. UP Ex. CM and Samajwadi Party Chief Akhilesh Yadav has vociferously raised the issue of Altaf and Manish Gupta, the businessman who was killed by police in his hotel room in Gorakhpur-from where UP CM Ajay Singh Bisht holds the reins.

How abysmal has been the performance of UP in terms of human rights, had to be itself acknowledged by BJP Union State Minister Home Minister Nityanand Rai, in a question in Parliament, on July 27 last, that according to National Human Rights Commission, UP attains the first position in terms of custodial deaths in India. As many as 1318 people had died in UP while in police or judicial custody in the last three years! This figure makes for around 23% of the overall deaths in whole of India. UP has really much to acclaim (sic) as 5569 people died at the national level. It hadn’t been that late when on May 21, Unnao police took Faisal, a vegetable vendor into custody over violations of COVID-19 restrictions, beat him so ruthlessly that he died. Accorording to his post-mortem report, there were 13 bruises on his back. This is what was reported, in July, and by now the data from UP, must have surely jumped to new heights!

UP is now getting into the final phase of elections and people, from all sections of society are fully of the view of the overall status of policing in the state. It is nothing more than shameful that UP where a proverbial double-engine BJP government is in place, has fared so extremely bad in terms of deaths in police/judicial custody. The alternative to BJP, by now becoming a consensus, and also from independent surveys is that SP is the most incumbent government in UP in 2022. It is now a matter of time as to when UP will find a secular, socialist and a government based on rule-of-law, unlike BJP’s lawlessness in the name of law.