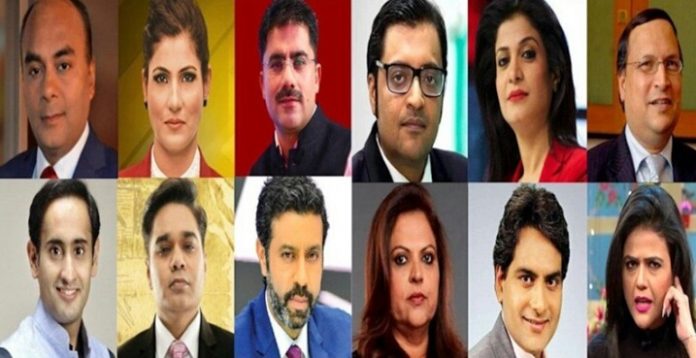 Indian Muslims always get a bad press and the blame is put on the community for not doing anything spectacular that may give them positive coverage. This is a hackneyed narrative that is going on since independence where the largest minority of the country has been on the receiving end, searching souls, looking for faults which aren’t there and the fault lies with the media that has tarred them with a black brush.

Why do Indian media detest Muslims so much? Before getting into the Muslim’s media coverage, one needs to understand the nature and character of Indian media and the role it plays in the Indian society.

One needs to begin this story from 1990’s when the media got out of government control and the corporate cartels started controlling such communication network. There was a plethora of media outlets that emerged very thick and fast and were controlled by the business establishments.

These corporates media establishment had twin objectives one to make profit and second to be on the government side to protect their own larger business interests.

That’s where negative content related to Islam, Muslims, Islamic Jihad Kashmir and Pakistan are the most selling news item because it generates a large number of readership and viewership among the Hindu majority community and since it pertains to Muslims, they willy-nilly sucked into such devilish media designs.

Such malpractice in the media has now become a widespread feature and most of them are subscribing to this journalistic model to get good finical returns. The negative Muslim profiling in media by running stories on; Islamic Jihad, love-jihad, nikah halala, triple talaq, beef eaters, Tablighi jamaat, besides usual stuff of Muslim personal law, anti- Kashmir and anti- Pakistan stories fetch huge subscription and advertisements.

There are other reasons why Muslims get a bad press in India. Ever since the incumbent government has come to power in 2014, there is a well-planned and finely crafted political project to increase anti-Muslim environment to gain political benefit and where media’s help is sought to execute this game plan.

As a result Indian media is now reduced to government propaganda machinery that has complete apathy towards journalistic ethics. Anything that a devious mind can conjure against Muslims is fabricated and blown up out of proportion by the media to create a panic among majority community and lead them to hate Muslims and at the same time instill a fear among the minority community.

The basic criteria of the media is to search stories that can have an impact factor to get large readership/viewership and that can translate into revenue generation and as well toe the government’s narrative of Muslim bashing to consolidate the Hindu vote bank.

The anti-Muslim narrative has all the juice and pulp fiction to regiment the majority community and that is the reason majority of media outlets have teamed up together with an open display of bigotry abuse and hatred against the Indian Muslims. This is also to be in the good books of the ruling current government and helps in promoting its agenda where its political survival is based on communal polarization.

he Cobrapost.com expose in 2018, brings true picture of media- Hinduvta collaboration to communalize the society for political gains. The undercover agents of the cobra-post website approached the top media houses and offered them huge sum of money to publish/ broadcast Hindutva contents for communal polarization so that mileage can be made by the ruling party. The expose revealed that all the media houses agreed to engage in campaigns to induce communal discord in the society and were willing party in polarization of the Indian electorate on communal lines.

The media coverage of Tablighi Jamaat members stuck at Delhi’s Nizamuddin Markaz in the last week of the March is another example of media government participation in building hate Muslim campaign. Instead of lambasting the government for not testing the foreign Tablighi members at the airport, the media went hammer and tongs attacking the Tablighi Jamaat and Muslims holding them accountable for bringing the corona virus in the country.

What could have been a story directed against government’s inefficiency to make efforts to contain the virus at the entry point, a slander campaign against a particular community was started in the media. The media instead of showing any sympathy towards the Tablighi Jamaat members’ ignorance of the presence of Corona virus around them, attacked them of hiding as terrorists in the Tablighi Jamaat Markaz in New Delhi.

The media did not question the government why it did not evacuated the Markaz members when it knew its Corona linkage as early as March 18, why it prolonged the evacuation to March 29. The media did not asked the government why it allowed congregation at the Hindu temples till March 20 and why it questioned the Markaz for having the congregation on earlier date.

The media instead of standing by its journalistic ethics chose to demonize the Muslim community for the congregation of the Tablighi Jamat as it was a well thought out plan where subscription, advertisements and building of government’s vote bank was involved. There was a pathological preoccupation and obsession with bigotry against Islam and Muslims in the India media in coverage of Tablighi Jamat news.

It led to vociferous tirade against Muslims the media made the Tablighi Jamaat Markaz in New Delhi synonym to Akal Thakat in Golden Temple in Amritsar and Maulana Saad with Sant Jarnail Singh Bhindranwale.

The media bashing of the Muslims lead to a huge fall out at the societial level. For the acts of the Tablighi Jamat in Delhi, Muslims were targeted, abused assaulted on streets at several places in the country.  Many BJP legislators openly asked Hindus to boycott Muslim vegetable vendors and not allow them to enter their locality stoking communal polarization. All this happened due to media attacks on the Muslims that conveniently ignored all the injustices being done to the Muslims.

The negative profiling of the Muslims is assiduously done to create a sense of unity within the Hindu community for political millage. It is being done to create maximum impact on the readers and viewers mind. These were done with an eye on ‘us vs them’ elixir is the magical political formula. The media is a party to the execution to this well thought out political plan. This plan is to develop a common enemy in name of Muslims to foment a feeling of unity among the Hindu elements so that ruling party’s vote bank is protected.

In doing so, the media knew it well the impact factor of the anti-Muslim news story and much such negative reportage can make their cash register ringing. The media in doing so, also knew very well that Muslim side do not have the wherewithal to resist them because the organs of government that can come to the Muslims rescue condone the anti-Muslim propaganda for the political benefit of the ruling government.

This is a wake-up call for the Muslims in India. In this age of TV media, social media, and whatsapp networking; the battle with media has to be fought with the media. But so far Muslims have miserably failed to set up any strong media platform to counter such humiliation. It is high time for the Indian Muslims to come forward, sit in conjugation, and confabulate how to increase their share in the media market of India.

The need of the hour is that Indian Muslims must stand up, unite and forge an alliance to launch media projects in the country. There is need to create elite group of likeminded people who can respond to the anti-Muslim propaganda being done from different media platforms.

Muslims with resources can join hand to set up a major media house and respond to the anti-Muslim hate mongers media outlets. There are problems in doing so, but there is a space in which Muslim-owed media can still operate in the country. If it’s professionally run by the trailblazers of truth and investigative journalist definitely such a media platform can make an honest and meaningful impact on the Indian society.