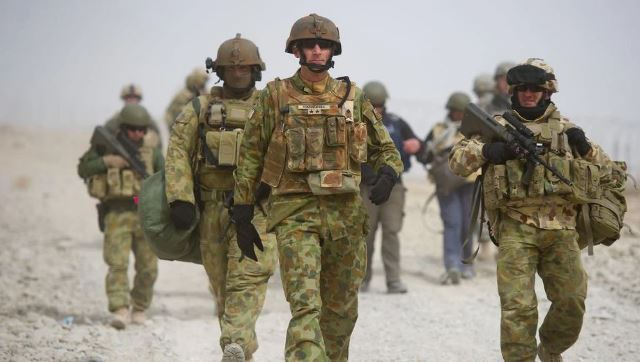 The two visits of Afghan Army Chief General Wali Muhammed Ahmedzai on the coming July 27 and US Secretary of State Antony Blinken on the same day to New Delhi is not a mere co-incidence, but in fact have been necessitated, out of the situation arising from Afghanistan even before US is slated to finally withdraw from Afghanistan, after 20 years of fighting, by September 11 this year.  The background factor to all these convergences is most arguably; China!

China is now learnt to have gone ahead into making its military base in Eastern Ladakh which India is monitoring very closely. India and China had been at loggerheads since precisely 2017 when both the nations had a 70-days standoff at Doklam, and later in 2020 when India lost 20 and China its four soldiers while fighting in Galwan valley. India and China are brimming for a war, since for around 12 months, with dozens of round-table-talks having failed to notch-up any desired result.  India signed BECA with the outgoing US President Donald Trump so as to fortify its defenses as China tends to lay claim into the Indian states of Ladakh, Sikkim, Uttarakhand, Himachal Pradesh and Arunachal Pradesh-which China typically calls as its South Tibet.  No doubt, a new impetus to this polity was provided when India’s PM Narendra Modi abrogated Article 370 from JK&L and stripped it of its Special-Status on August 5, 2019, which antagonized China which along with Pakistan took the issue to UNSC for thrice in one year time.

Ironically, by the mid of 2019 no one had anticipated such an early advancement of Afghan Taliban (AT) against Ashraf Ghani government, although India had well charted its policy vis-à-vis Afghanistan and has always stood with anti-AT forces in Afghanistan, but owing to AT victories India had to abandon its consulates from Kandahar, Herat and Jalalabad. US and NATO forces are now vacating Afghanistan and therefore Ashraf Ghani is supposedly looking for India to send its army for his rescue.  India has as yet not acceded to this demand, but keeping in mind the track of Hindutva politics of Narendra Modi, India might flirt with the idea of sending troops into Afghanistan after a 1000 years hiatus! As after all the Hindutva scheme encompasses ‘Akhand Bharat’ as its ultimate agenda. India putting into its forces with Ghani would also therefore bring an equalizer for Afghan armies which have invaded India for centuries.

For US and India, in order to thwart China’s designs in Ladakh, is to engage ‘more and more’ with it, and Blinken’s visit is all about to discuss the affairs of Pakistan-particularly after Pakistan has declined to US its military bases and also the emerging concurrent situation in Afghanistan, which has a full potential of a prospective fallout on Pakistan as well as India. Perhaps, today Ghani and US are unanimous to plead to India to lend its soldiers in Afghanistan, in order to topple the Pakistan’s game-plan towards its strategic depth! US would like to utilize Indian resources against the trio-Pakistan, AT and China too as this is what is to be foreseen as the next theatre of war. This new building scenario has become possible, as China has entered this fray for the sake of its CPEC which now it wants to carve out of Afghanistan too, so as to reach to Central Asia and also to the rest of the world. India and US have always expressed deep reservations for CPEC.

There is therefore a series of meetings to take place between Blinken and PM Narendra Modi, EAM S Jaishanker and NSA Ajit Doval, while Afghan Army Chief will meet his Indian counterpart as also NSA of India.  US and India will brainstorm to strategize a policy to contain China and Pakistan in the same stratum, which is what is the immediate liking for India, as India wants to stop China and US wants it too,  while US also wants to punish Pakistan as well.  It is here when India is standing in a lucrative position so as to make the best bargain out of any US proposals in the making.

India in its last 70 years stands in the best position to get to US advance weapons and technology, US F-35 fighter jets and UAVs once Indian soldiers are to step on to the Afghanistan soil. A convenient give-and-take is what looks to be on the cards as India going inside Afghanistan will seek US coming into India to fight China, but US here may turn out to be a ‘reluctant customer’ as it intends to use India only as its proxy against China, for US just cannot afford another debacle, that too at such a short stage. US has plans to ‘meet-to-China’ on other fronts like Taiwan and South China Sea and QUAD which now India is also a constituent. India might well also convince US to drop its objections into India getting to S-400 from Russia.

India is under a tremendous advantageous position as it already has a considerable clout in Ghani’s government, and moreover, the new entrant of Turkey which has called AT as an occupation-force has added further woes of AT, which of course, has given a new fillip to US-Ghani-India troika in Afghanistan.  However, what seem to not go into India’s favour is the stand of its once great and erstwhile friend- Russia, which has downplayed India on quite a few forums in the last one year, as has again reiterated that India is not welcome in post-Ghani Afghanistan! This is despite the fact that Russian foreign-minister Sergei Lavrov has stated that Russia might consider inviting India and Iran over a negotiated and permanent settlement in Afghanistan, something which has been contradicted by Russia President Vlamidir Putin Special Envoy to Kabul Zamir Kabulov who said that India cant join the group as ‘it has no influence with Taliban’ on July 22, informed TOI . This sums up the Indian polity in Afghanistan in the last 20 years.

But, India with US by its side is not let the tide slip so easily.