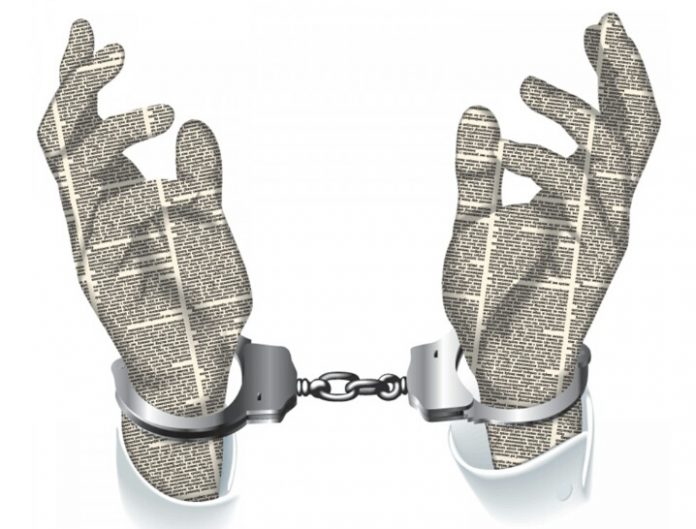 May 3 is World Press Freedom Day. However, in India there is nothing to celebrate about the freedom of press today. The Edelman report has labeled the Indian media as the second most un-trusted institution in the world. It is an online survey that covered 28 countries measuring their trust in the four institutions of government, business, NGO and media in doing what is right.

The Edelman report survey showed that the trust of people in media was an all-time low and the credibility and motive of these institutions have been under question.

A total of 28 countries were surveyed, out of which Indian media was seen as the second most corrupt country. It is not a surprise because the way “Godi media” has taken over the reins of entire press in India; the distrust of the people is bound to happen and it has sharply increased in recent times.

Another international body “Reporters Without Borders,” in its annual World Press Freedom Index has said that India was now 138th-ranked in the world out of 180 countries measured, down to two positions since 2017 and lower than countries like Zimbabwe, Afghanistan, and Myanmar. Interestingly when the index was started in 2002, India was ranked 80th out of 139 countries surveyed by the Paris-based organization.

Pew Research Center another international body in its recent survey has said that exposure to false or incorrect information is a key concern for people in 11 emerging economies and India is one among them.

India’s falling image of press freedom is ringing alarm bells and there are reasons for it. If we look at the television, print media news or news on the social media, all have a tainted outlook.

The television news channels have turned out to be a gossip box, with people ranting nonsense 24 x 7. Anchors like Arnab Goswami, Sudhir Chaudhary, Deepak Chaurasia, Amish Devgan, Anjana Om Kashyap, Rohit Sardana, Rajat Sharma etc which are household names on television screens. However, watching them for a while one gets the impression that they have their own axe to grind. They are ‘rental ponies’ who have no clue of the ethical parameters of journalism. They have never read Article 19 of the 1948 Universal Declaration of Human Rights that talk about freedom of press.

The so called mainstream television media is the most corrupt wing of the press in India. On television what is going on in the name of journalism, is hate mongering, agenda blabbering and propaganda of the ruling elite. There is absolutely no ethics and responsibilities seen in the news presentations. The news anchors have crossed all boundaries of ethical parameters and care two hoots about journalistic professionalism.

Like television media, print media again is a capital intensive industry. It needs money, especially to compete with the dazzling HD-quality TV channels and it cannot survive on subscriptions alone. At a time when the ad revenues are going to the television channels, the print media has either to pander to business cartels or become pro establishment. This is because if the government cut their ads they may become bankrupt. So in order to remain afloat print media is indulging in unethical journalistic practices.

There are other print media companies indulging in similar malpractices, demanding ads for giving them positive coverage. The commodification of news is big business in India and this done across the different media platforms.

The Pew Research Center survey shows that social media though most popular source of information is the most unreliable source which can be manipulated by the politicians and political parties. Many social media users report that they are being regularly exposed to misinformation when using this platform.

The digital connectivity has divided the people in their political opinions. This is because the information they get on social media are more hateful than the content they receive from any other source.  These problems are further getting compounded with the growth in the number of the users of social media in India.

At the end of 2019, the number of social media users in India was estimated at 356 million. On average, Indian users spend 2.4 hours on social media a day (slightly below the global average of 2.5 hours a day).

So to say that the Indian media has completely lost its credibility won’t be incorrect. There is very little diversity in the range of social and political views expressed in the Indian media. Indian media is now endangered by business interests. There is no freedom of press or what is called independent media. The entire media is either under the influence of corporate cartels or government control.

The low and falling quality of Indian journalism is evident with Cobrapost.com expose in 2018. Its undercover reporters approached several media houses and offered a payment of up to INR 500 crore in cash to promote Hindutva ideology for political gains. According to Cobrapost; the owners as well as the senior executives of these media houses consented to engage in campaigns to induce communal discord and polarize the Indian electorate. This expose not only tarred the reputation of Indian media but also tarnished the country’s reputation of freedom of press in India.

All said and done this is a very dangerous trend developing in the country. Indian journalism has a long history of professionalism, the editors and not the business head decided the content of the news. The editorials upheld the dignity of the freedom of press and operated within the ethical parameters of journalism.

But in recent years, what is seen Indian media is reduced to caricatures of lap dogs and the barking dogs of ether corporate houses or Hindutva forces.