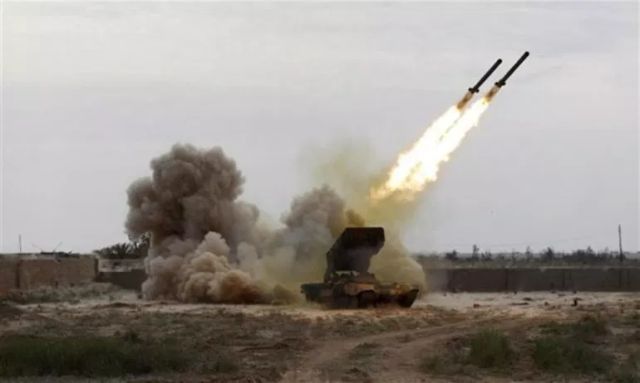 According to the Houthi-run al-Masirah TV, the militia held the parade on Wednesday to celebrate the eighth anniversary of its capture of Sanaa on September 21, 2014, reports Xinhua news agency.

Air and sea missiles, which the TV claimed to be Houthi-made, were displayed.

Top leader Mehdi al-Mashat delivered a speech, calling for the Yemeni government and the Saudi-led military coalition to engage in peace, and lift the blockade on the Sanaa airport and Hodeidah seaport.

In January, the group claimed it launched several rounds of missile and drone attacks against targets in the United Arab Emirates (UAE), which is more than 2,000 km away from Yemen.

The attacks prompted fears that the militia owns more powerful missiles that can reach further targets.

Yemen has been mired in a civil war since late 2014 when the Iran-backed Houthi militia stormed several northern provinces and forced the Saudi-backed government out of the capital Sanaa.

The Saudi-led Arab coalition intervened in the conflict in the following year to support the Yemeni government.

The UN successfully mediated a two-month truce for the first time since the civil war erupted eight years ago.

The truce initially took effect on April 2, then renewed on June 2, and then extended for an additional two months on August 2. — IANS