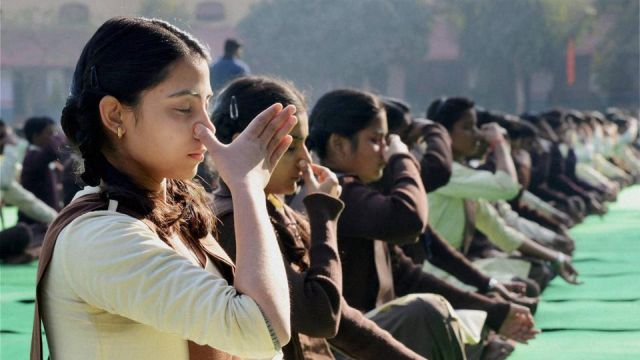 All schools in the state of Uttar Pradesh will be required to offer yoga. The entire draft’s outline has been produced, and it has been given to the government of Uttar Pradesh for final approval before being put into practise.

According to Additional Chief Secretary Sports Navneet Sehgal, the purpose of making Yoga compulsory is that the talent of maximum youth can be recognized.

According to the government, kids between the ages of 5 and 14 are more likely to be interested in sports, a plan has been made to make yoga a required class in schools.

According to Navneet Sehgal, the Guru Gobind Singh Sports College in Lucknow has been urged to create an Excellence Center that will house three sports.

Sports data analytics, sports law, and sports journalism are a few of them. All of these will be for young people, and yoga training and practise facilities will be made available at all district headquarters’ sports arenas to develop the children’s potential.

A fund of approximately Rs 100 crore is also being launched by Uttar Pradesh for the development of sports. With the help of this fund, yoga training programmes for athletes and schoolchildren will be run in athletic stadiums throughout the state.

The land of the Gram Sabha designated for the playground will be leased to rural academies under the new policy, and at least half of the players in the academy must be from Uttar Pradesh. Sports federations and international level athletes will also be given land on lease for the establishment of academies.