New Delhi: Some Indian Americans who participated in the pro-Trump rally amid violence at the Congress building in Washington DC, are supporters of Hindu nationalist Bharatiya Janata Party (BJP) and its ideological mentor Rashtriya Swayamsevak Sangh (RSS).

Vincent Xavier, who is one of the men seen waving Indian flag at the site, has written several posts related to the incident on his Facebook timeline.

In 2018, he had written about his connection with the RSS. He revealed he has been associated with the right-wing organisation since his childhood.

Vincent Xavier part of pro Trump Indian Americans with mob at #USCapitolSiege, waving Indian flag, wrote about his connection to RSS since childhood, in a 2018 Facebook post, revealed he used to attend RSS drills and had 'Sanghi trousers' https://t.co/0W3VeMTh2T pic.twitter.com/t8tzHCWM91

A Twitter account named as Hindutva Watch has exposed links of the pro-Trump Indian Americans with BJP and RSS in a series of posts.

The account said that Krishna Gudipati, who participated the pro-Trump rally with an Indian flag in his hand, has organised programs with BJP MP Subramaniam Swamy, Jaggi Vasudev and GD Bakhshi. He is also a part of Vishwa Hindu Parishad of America, which has been declared as ‘religious militant organisation’ by CIA.

Shiva Ayyadurai, who was also spotted at the site, is an admirer of President Trump and MP Modi. He can be seen with Modi in this photo. 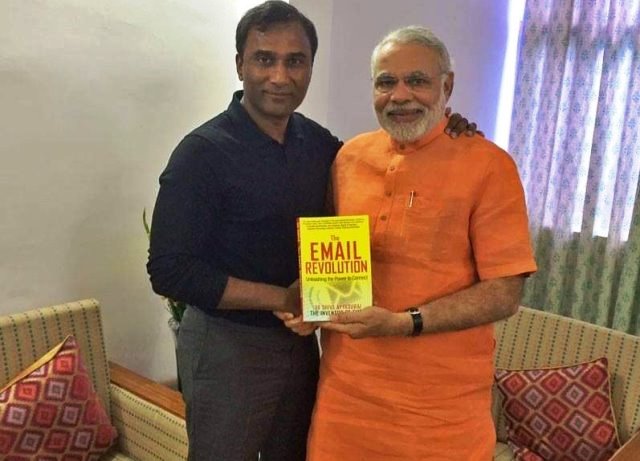 Several Indian politicians have raised their concerns over the participation of RSS and BJP supporters in the pro-Trump event. BJP MP Varun Gandhi and Congress MP Shashi Tharoor are some of them.