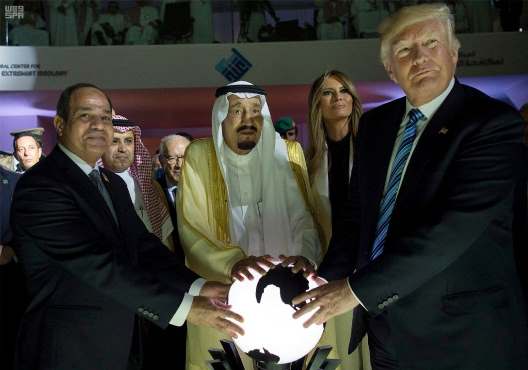 India’s consul general Sandeep Chakravorty’s advocacy for Israeli model in Kashmir is not new as the Zionist policies have been at work in the Valley since early 1990s.

“I don’t know why we don’t follow it. It has happened in the Middle East, you have to look, if the Israeli people can do it. We can also do it,” Chakravorty said in New York a couple of days ago.

An ex-diplomat on the condition of anonymity said, “It is only an admission of truth. India clandestinely adopted Israeli model in the early 90s. It accelerated a bit after rightwing government came to power.” The presence of Mossad in the Valley is an open secret and the use of pellet gun on Kashmiri children is an idea of Zionist Israel.

An archaic belief of reviving Hindutva supremacy prompted a set of Brahminical elites to establish ties with the Western imperial powers with view to assert their authority in the region. After decades of struggle, the mischievous elites assumed power in India and started pursuing their archaic dream. While the current regime boastfully rubbed shoulders with Zionists regime, it also identified Zionist cahoots in the Arab world.  The Kingdom of Saudi Arabia conferred the highest civilian award to Prime Minister Narendra Modi and supported India’s decision to end the special status of Jammu and Kashmir.

In fact, Indian Muslims are bearing the brunt from the ‘siblings’ of the Jews. India’s first National Security Advisor Brajesh Mishra had once said that “Israel and India are natural allies”. Mishra had reportedly also linked the unity of race to establish cordial relations with Israel. The meaning of racial unity had nothing to do with finding biological similarity but ideological affinity. That, the common enemy is Muslims for both the nations. Canny commentators and cunning politicians more often link India with Israel by hyphenating Kashmir with Palestine – making terrorism a common threat for both the “vulnerable nations”.

A section of Brahmins are, no doubt, inimical to Islam and Muslims since they know the latter holds a “glorious history and strong ideological base to dominate”. To counter it, the cultural nationalism was processed to the people of India to unite which, of late, started bearing fruits. They are the main allies of Zionists and imperialist forces worldwide. The RSS has been trying to ghettoize the Muslims whose imprints of magnificent culture are dotted across the sub-continent.

Israel’s brutalities against Palestinians, in fact, have emboldened oppressive regimes across the globe which keeps purging Muslims with full impunity. One cannot deny Israel’s “tacit understanding with Arab rulers” behind the barbaric approach towards innocent Palestinians.

Israel’s inhuman imprints can be traced in ethnic cleansing of Muslims in Bosnia and Burma. The oppression of Uyghur Muslims in China is also somewhere linked to the crisis in Palestine. Then the invasion of Afghanistan and Iraq by the United States as part of Israel’s New World Order, or say Jew World Order.

Saudi rulers involvement  in  toppling Morsi government in Egypt, hatching a conspiracy of a civil war in Syria and waging a war on Yemen at the behest of Israel and US. Saudi rulers  didn’t spare even  Sunni Qatar in their effort to further the blockade against Gaza, accusing Qatar of backing terrorists in Palestine.

US president Donald Trump had  publicly admitted, “Israel would be in big trouble without Saudi Arabia. The fact is that Saudi Arabia is tremendously helpful in the Middle East, if we didn’t have Saudi Arabia we wouldn’t have a big base.”

It’s a historical fact that Arab rulers, particularly the Saud clan, is responsible for creation and protection of Israel in the heart of Arab peninsula. The greed of power further prompted the monarchs in the region to extend support to Zionist. Several books pointed out the role of Ibn Saud in giving a “free will to Israel in Jerusalem” at the expense Palestinians’ blood. One of the most popular Arab filmmakers – a renowned Syrian director – focused on the greed and collusion between Ibn Saud and the early Zionists which resulted in creation of Israel.

Sean McMeekin in his books, The Berlin-Baghdad Express and The Ottoman Endgame argues that while fighting the retreating Ottoman Army, the British made sure Ibn Saud kept attacking them, ensuring that Palestine was eventually lost.

The legendary Ottoman General, Fakhri Pasha, who was defending Medina and the supply lines to Palestine, faced Ibn Saud and his marauding gangs on a daily basis for more than a year after the official surrender of the Ottoman forces. He wrote in detail about the collusion between Ibn Saud, the Wahhabis and their British masters.

The covert alliance between the Kingdom of Saudi Arabia and the Zionist Israel and US is a reality.

First, the US ordered Saudi rulers to spread Wahabism to counter Communism in Afghanistan and supported Afghan Mujahideen, then they financed the US to eliminate the mujahideen, calling them terrorists. 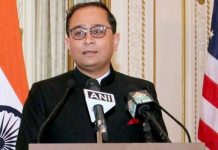 Indian consul general in US suggests Israel model for Kashmir 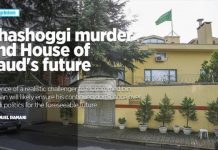