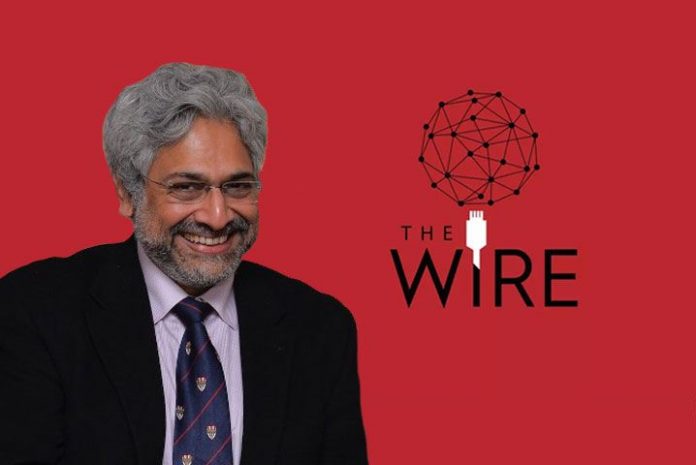 New Delhi : More than 3500 academicians, jurists, actors, writers and artists have condemned Uttar Pradesh government’s decision to lodge two FIRs against online media outlet The Wire and one of its founders Siddharth Varadarajan. In a joint statement, they have called it “a direct attack on freedom of media”.

The signatories called upon the government of Uttar Pradesh to withdraw the FIRs against Varadarajan and The Wire, and drop all criminal proceedings.

They also urged the government of India and all state governments not to use the pandemic as a cover to trample upon media freedom. “A medical emergency should not serve as the pretext for the imposition of a de facto political emergency,” the statement said.

The signatories also called upon the Indian media to “not communalise” the pandemic. They added the police action against The Wire also comes against the backdrop of the “demonization” of Muslims in a section of the media as being responsible for the spread of the novel coronavirus in India. On April 6, the WHO felt the need to reiterate the principle that media should avoid religious or other profiling of COVID-19 cases.

Uttar Pradesh Police has registered two FIRs against The Wire in connection with a “factual story” on the Tablighi Jamaat and its exposure to Covid-19. The article pointed out that “Indian believers” more generally have been late to adopt precautions and avoid congregation, recalling UP Chief Minister Yogi Adityanath’s plans, as late as March 18, to proceed with a religious fair at Ayodhya and his flouting of the national lockdown and social distancing norms by taking part in a religious ceremony along with others on March 25.

“Clearly vendetta politics is at play,” journalist bodies over the raid on The Wire’s offices

‘We (journalists) have to be united and proactive as a fraternity with a smart plan’: Siddharth Varadarajan