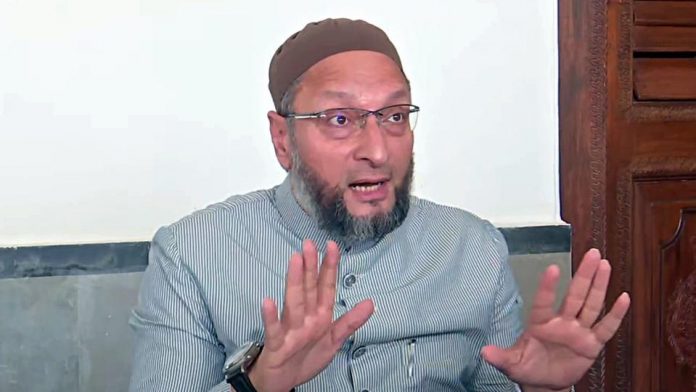 Owaisi’s attack on Akhilesh clearly implies that the AIMIM wants to elbow out the Samajwadi Party from the ‘secular’ space.

VARANASI — All India Majlis-e-Ittehadul Muslimeen (AIMIM) chief Asaduddin Owaisi on Tuesday mounted a blistering attack on Samajwadi Party president Akhilesh Yadav and said that he had been prevented from coming to the state 12 times when Yadav was the Chief Minister.

“Rajbhar is my friend and we will show our strength in UP now,” he said.

Owaisi’s attack on Akhilesh clearly implies that the AIMIM wants to elbow out the Samajwadi Party from the ‘secular’ space and establish its own hold on Muslim voters in Uttar Pradesh.

Owaisi is scheduled to visit Azamgarh, which is the parliamentary constituency of Akhilesh Yadav, and Jaunpur during his visit to the state.

“We will be meeting our workers and other people and draw up our strategy for the future,” he said.

Last month, after a meeting between the two leaders, Owaisi and Rajbhar had announced that they would contest the Uttar Pradesh Assembly elections in 2022 as part of the larger alliance called ‘Bhagidari Sankalp Morcha’.