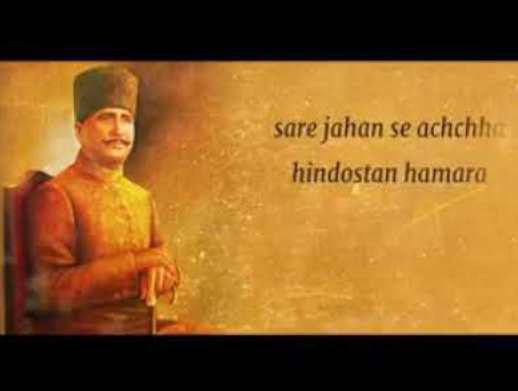 Sir Muhammad Iqbal widely known as Allama Iqbal, was a poet, philosopher and politician, as well as an academic, barrister and scholar in British India who is widely regarded as having inspired the Pakistan Movement. He is called the “Spiritual Father of Pakistan and considered one of the most important figures in Urdu literature with literary work in both Urdu and Persian.

Iqbal is admired as a prominent poet by Indians, Pakistanis, Iranians and other international scholars of literature. Though Iqbal is best known as an eminent poet, he is also a highly acclaimed “Muslim philosophical thinker of modern times”. His first poetry book, The Secrets of the Self, appeared in the Persian language in 1915, and other books of poetry include The Secrets of Selflessness, Message from the East and Persian Psalms. Amongst these, his best known Urdu works are The Call of the Marching Bell, Gabriel’s Wing, The Rod of Moses and a part of Gift from Hijaz. Along with his Urdu and Persian poetry, his Urdu and English lectures and letters have been very influential in cultural, social, religious and political disputes.

In the 1923 New Years Honours he was made a Knight Bachelor by King George V.While studying law and philosophy in England, Iqbal became a member of the London branch of the All-India Muslim League. Later, during the League’s December 1930 session, he delivered his most famous presidential speech known as the Allahabad Address in which he pushed for the creation of a Muslim state in north-west India.

In much of South Asia and the Urdu-speaking world, Iqbal is regarded as the Shair-e-Mashriq  “Poet of the East. However Iqbal made a name in the West and surrounding continents  too. In an article for the Dawn Hajira Maryam who happened to be in Turkey  wrote “Journeying across Turkey as a young Pakistani, I have come across various aspects of life that a vibrant historic society has to offer: architecture, cuisine, poetry, philosophy, and intellectual thought. There have been times I’ve stumbled onto conversational exchanges with strangers while taking a taxi ride or having a cup of tea at a random place. “Where are you from?” I get asked. “Pakistan,” I reply. “Oh, do you know Muhammad Iqbal?” I get asked in return.

In the past four years, I have lost count of how many times my identity as a Pakistani has been associated with one of the most pioneering intellectuals of the region to which I belong. What intrigues me the most is that this association has been made not by well-versed academics or students, but by street vendors and tea-sellers.”

In another piece Walid while emphasizing on the Iqbal’s teachings in express Tribune wrote that Iqbal opines that the essence of Islamic monotheism or Tauhid, as a working idea, is human unity, human equality, and human freedom, and that these ideal principles must be transformed into a realisation of definite human organisation. This opinion, that humanity unites in divinity, that humanity attains equality in divinity, that humanity attains freedom in divinity, that if this divinity were denied and disrespected, mankind would be divided and disintegrate, serves as a beacon light towards tolerance, national integration, interfaith harmony, and the dialogue of civilisations in this day and age. From Iqbal’s perspective, “The political ideal of Islam consists in the creation of a people born of a free fusion of all races and nationalities, and the moment our grasp of the Islamic principle is loosened, the solidarity of our community is gone.”

Iqbal’s poetry was based on social justice , over 4500 books have been written on him