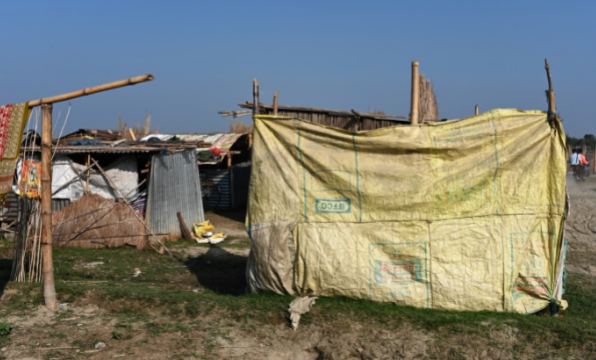 New Delhi : The National Human Rights Commission on the petition filed by Assam Pradesh Congress Minority Department has directed the concerned authority to take action on prayer of complaint and to submit the report within 8 weeks for independent inquiry on the  forced eviction drive of minorities in Assam.

The case is represented by Advocate Ali Zaidi on the bench of commission. The petition has prayed to the Commission to issue  directions for independent inquiry on eviction drives of minorities. It also makes a prayer for immediate rehabilitation of people affected due to eviction drives in the villages of Dhalpur one, two, and three villages in Gorukhuti, in the Sipajhar revenue circle of Darrang district on the 20th and 23rd of September 2021  in  Assam.

The petition also seeks compensation to the people who got injured during the eviction drive and immediate suspension of the Assam government officials involved in the violence.

Without entailing a repetition of already well known facts of the forceful eviction, it need be stated that the most brutalizing aspect of the events that happened in Sipajhar revenue circle of Darrang district has been sheer contempt on part of the government for the safety of the lives and livelihoods of the people.

It is then least surprising that the police were caught firing upon the corpse of Moinul who died because of police brutality while resisting their assault on the women of his village. The suddenness of the act of eviction was attested to by most of the people we spoke with in Dholpur.

There seems little if any intent on part of the state government to provide appropriate compensation or rehabilitation for the uprooted families.

After hearing the case the rights panel on December 14,2021 ordered the concerned authority to take action on prayer of complaint and to submit the report within 8 weeks.

Evictees were not illegal immigrants, police opened fire without trying to normalise situation: A report