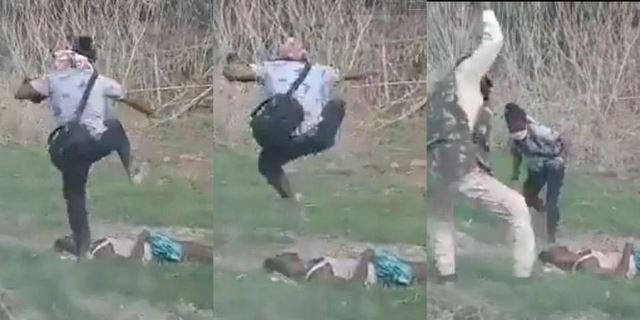 New Delhi: An independent fact-finding report has said that the people forcefully evicted from Assam’s Dholpur were not illegal migrants and that the affected families had legacy documents dated before 1971.

The forceful eviction of the poor Muslims had drawn global outrage after visuals of the police action during the eviction drive showed a photographer jumping on the body moment after he was shot allegedly in police firing.

The study, ‘Dhalpur-The Truth Behind’ by Guwahati-based Centre for Minority Studies, Research and Development (CMSRD) was carried out by 14 members. The team members stayed in the area for 15 days and interacted with 517 of the 963 evicted families. According to the report said that of the 517 families surveyed, 514 had their National Register of Citizens (NRC) legacy data with them. Names of only three heads of families were found to be “doubtful” voters (D-Voters).

Three months after the eviction drive in which two villagers were killed and several were injured in police firing, the report points out glaring loopholes in the police theory, stating that the police opened fire on the villagers without “trying to normalise the situation”. “The police, without trying to normalize the situation, opened fire on the villagers. This uncalled-for, unwarranted police firing took two lives on the spot. Forty-three people were injured, among them 10 received bullet injuries. On the other side, 14 policemen were injured during this operation,” the report stated.

The team which was formed under journalist and human rights activist Zamser Ali on behalf of Centre for Minority Studies, Research and Development said that they had document proofs to substantiate the findings, reports NDTV. “We hope this report will help to uncover the reality of Dhalpur as well as the false and phony propaganda of the Sangh Pariwar and the present BJP-led government of Assam,” Mr Ali told the news channel.

BJP responded to the report saying CMSRD should approach the court if it has issues with the eviction drive, reported the Hindustan Times.