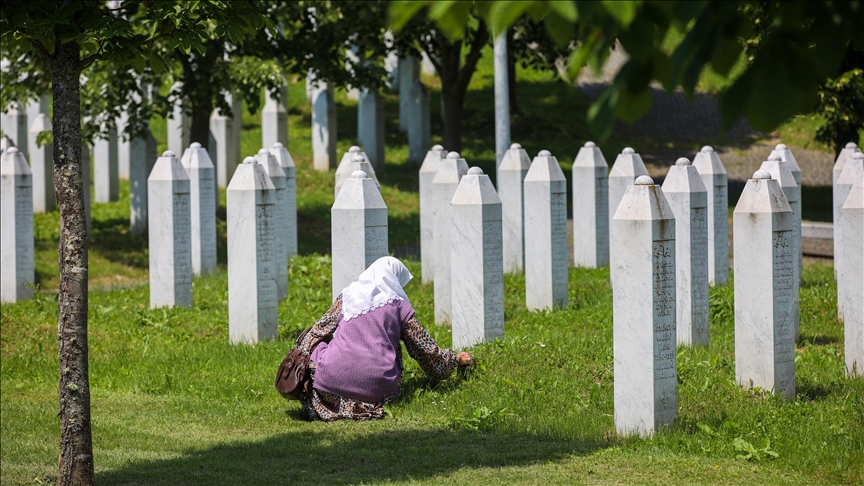 BELGRADE, Serbiao: Bosnia and Herzegovina has finalized arrangements to bid farewell to 19 more identified victims of the Srebrenica genocide at the 26th anniversary of Europe’s worst genocide since World War II.

Every year on July 11, newly identified victims of the genocide – which claimed the lives of over 8,000 people – are buried in a memorial cemetery in Potocari, eastern Bosnia. Thousands of visitors from various countries will attend the funeral service and burials.

After this year’s funeral, the number of burials in the cemetery will rise to 6,671.

Azmir Osmanovic, only 16 when he was killed, will be the youngest victim to be buried this year. Husein Kurbasic, the oldest, was 63.

More than 8,000 Bosnian Muslim men and boys were killed after Bosnian Serb forces attacked the UN “safe area” of Srebrenica in July 1995, despite the presence of Dutch troops tasked with acting as international peacekeepers.

Srebrenica was besieged by Serb forces who were trying to wrest territory from Bosnian Muslims and Croats to form their own state.

The UN Security Council had declared Srebrenica a “safe area” in the spring of 1993. However, Serb troops led by Gen. Ratko Mladic – who was sentenced to life for war crimes, crimes against humanity and genocide – overran the UN zone.

The Dutch troops failed to act as Serb forces occupied the area, killing about 2,000 men and boys on July 11 alone. Some 15,000 Srebrenica people fled into the surrounding mountains but Serb troops hunted down and killed 6,000 of them in the forests.

The bodies of the victims of the genocide were found in 570 different parts of the country.-AA