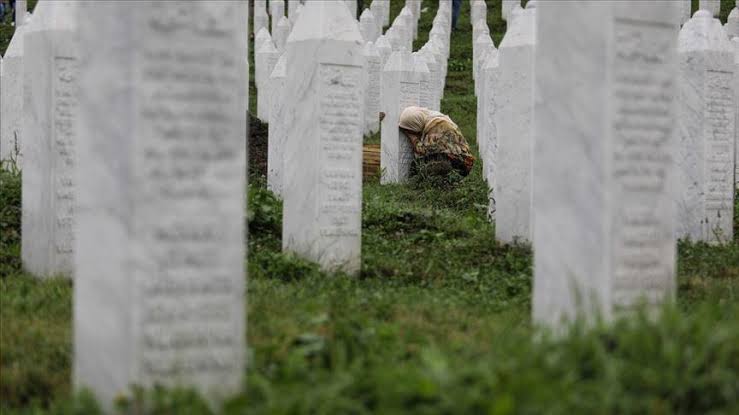 BELGRADE, Serbia: Bosnia and Herzegovina’s small town of Srebrenica which was subject to genocide in 1995, struggles for its existence as its young people migrate and elderly slowly die out.

Situated in the east of the country, it continues to evoke traces of the pain unleashed on its inhabitants atrocities that took place there 26 years ago.

Elvis Spiodic who was an 11-year-old boy during the genocide, told Anadolu Agency that he had been sure Srebrenica would regain its old spirit, but that the genocide had taken everything away from its people.

“I came back to my hometown 15 years ago. I was sure that Srebrenica would regain its old spirit. Cafes, restaurants, hotels, and bakeries were working, but the situation has not been good for the last five years. Srebrenica is dying. The genocide took away everything from the people living in this land,” said Spiodic.

Young people are leaving because they do not think they can build their future there, he lamented, adding: “I’ve also been thinking of leaving Srebrenica lately.”

Senad Djozic, who returned to Srebrenica in 2009, said there were no cafes, restaurants, or cinemas that would have been normal sights in other cities.

“We’re used to living without a social life. Your love for your country prevents you from seeing its shortcomings,” said Djozic, pointing out that Srebrenica was gradually becoming a retirement city.

Fadila Efendic, who lost her husband and son in the genocide, said it was always difficult to face the facts.

“It’s the people that make the city a city, not the buildings. So many people were killed here. Those who stay here today live in fear of ‘will something happen to us?’ I was full of hope when I first came here,” said Efendic.

More than 8,000 Bosnian Muslim men and boys were killed after Bosnian Serb forces attacked a UN “safe area” of Srebrenica in July 1995, despite the presence of Dutch troops tasked with acting as international peacekeepers.

Srebrenica was besieged by Serb forces who were trying to wrest territory from Bosnian Muslims and Croats to form a state.

The UN Security Council declared Srebrenica a “safe area” in the spring of 1993. But, Serb troops led by Gen. Ratko Mladic overran the UN zone. Mladic was sentenced to life for war crimes, crimes against humanity, and genocide.

Dutch troops failed to act as Serb forces occupied the area, killing about 2,000 men and boys on July 11 alone. Some 15,000 residents of Srebrenica fled to the surrounding mountains but Serb troops hunted down and killed 6,000 in the forests.

Bodies of victims have been found in 570 different places in the country.-AA

Bosnia to bid farewell to 19 more victims of Srebrenica genocide