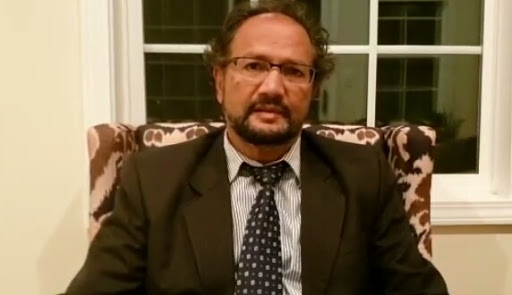 New Delhi: Dr M. Qutubuddin, the former president of American Federation of Muslims of Indian Origin (AFMI) has urged people to boycott the English medium schools that do not allow their students to opt Urdu as a subject.

He called for running a movement to save Urdu in India. He said that the language has systematically been sidelined in a bid to erase Muslim culture in the country.

”Urdu is a precious asset for Muslims. Islamic culture and civilisation, philosophy and literature have extensively been portrayed in the language,” he said in an audio message.

He added that an ‘organised conspiracy’ was carried out to erase Urdu following the 1947 partition of India so that Muslims can be deprived of their language and their culture can be eradicated.

He slammed institutions such as Urdu Academies saying that they are not doing anything to benefit the language. ”They are running their shops and damaging Urdu only to serve their personal interests,” he added.

The Urdu language has witnessed a decline in India. The country’s governments have purportedly ignored the upliftment of the language or some of them have enforced policies in an attempt to downgrade Urdu.

Recently, Bihar’s education department has eliminated the status of Urdu language as a regular subject in the syllabus of the Bihar School Examination Board. According to its fresh guidelines, Urdu will be taught as an optional subject in secondary schools and an Urdu teacher will be appointed in the school only if 40 students opt it as their subject.

Several Urdu experts have criticised the rulings as they believe that the fresh guidelines will help the Bihar government decrease the appointment of Urdu teachers. In this way, fewer number of students will get an opportunity to learn the language.

Urdu: Whose language is It?