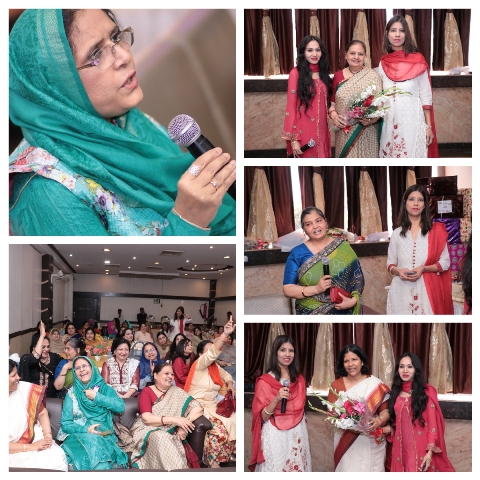 Aligarh: Women of Aligarh Muslim University (AMU) reunited  under the banner of their newly formed organization ‘Beauties of AMU’ at Palm Tree in Aligarh. After meeting in New Delhi, Lucknow and San Francisco it was the fourth reunion of the group within five months of its inception.

After reuniting in different cities, group decided to meet at the place from where the journey has started. ‘Beauties of AMU’ reunited at Aligarh. More than a hundred of alumnae attended the meet. This occasion was graced by Dr. Hamida Tariq, a doctor by profession and an educationist by passion. She is also wife of the Vice Chancellor of AMU Dr. Tariq Mansoor. She congratulated the group and was pleased with the way its evolving. She stressed on importance of dreams and asked girls not only to dream but to dream big. She also suggested evolving the group towards some contribution to society. She called upon the participants to come forward and contribute to the society.

Group gathered clothes for the poor and donated through ‘Soch’ (an NGO). On behalf of SOCH, Yusra Aziz Khan was present at the event. The group also donated books and stationery for 100 kids who are enrolled under literacy program carried out by the NGO. Additionally a sewing machine was gifted to girls who are being trained by NGO under their skill development program. 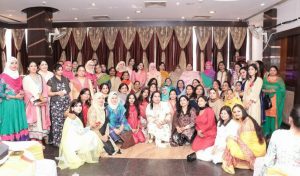 While there was always an alumni organization of AMU by the name of ‘Old Boys Association’, former women students have time and again raised the concern about the under representation of women in the association. In its long history of more than a century only two women were elected to the executive body of the association and a few women actually attended the meetings. For an institution which produced likes of Ismat Chughtai it is criminal to not to develop a mechanism where education of alumnae can be utilized for an overall betterment of the society. 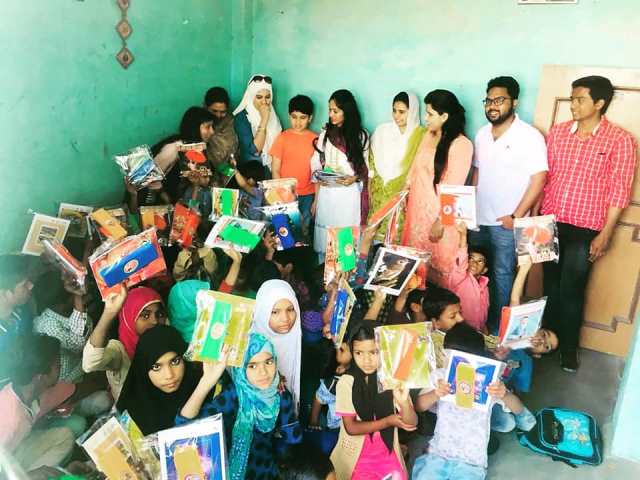 Iram Raza and Saba Qasim conceptualized an alumnae association for AMU. Initially idea was to provide a platform with the help of social media which can enable the exchange of ideas among the former women students. A huge proportion of alumnae have chosen to be housewives. It was felt that the educational and vocational training can be harnessed for the society. A positive response encouraged both of them to organize a reunion where group can physically come into being. In November this group met at Vivanta by Taj in New Delhi. It was the formal beginning of the group where the official site of the group was also launched. Right now group has a membership of more than 18,000 alumnae.

Author of motivational books Sara Khan talked about the importance of positive thoughts in life. Herbovedacare sponsored the gifts at the event for all the guests.

Following the tradition of AMU the event concluded with the Aligarh Tarana.

Mumbai : Felicitation of AMU Achievers by Beauties of AMU