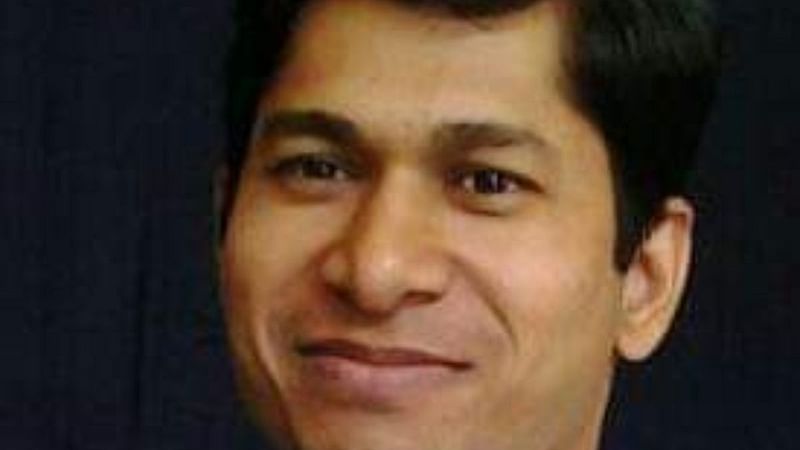 The suicide by a scribe jumping from the roof top of the All India Institute of Medical Sciences (AIIMS) on July 6, 2020 was shocking.   Journalist Tarun Sisodia (37) was working with Hindi daily Dainik Bhaskar and hailed from Bhajanpura locality of Northeast Delhi.

He was admitted to the AIIMS with specific symptoms and tested positive for Covid-19.  He ran out of bed at AIIMS and in acute mental pain,  jumped from the building to his death. Sisodia was under tremendous stress after losing his job. He left behind his wife, two minor daughters and his parents.

Sisodia was not the first journalist who became a victim of Covid-19. Earlier, Chennai based journalist E Velmurugan, who worked as a videographer in a Tamil news channel, became the first victim. Thereafter, a Hyderabad based journalist, Manoj Kumar, who worked for a Telugu news channel died due to Coronavirus. Then, Agra based print journalist Pankaj Kulashrestha died for the same reasons. In the same list is Kolkata based photojournalist, Ronny Roy who too succumbed to Covid-19 pendamics.

The latest addition is one Priyadarshi Patnaik (46), who worked as a correspondent for Oriya daily Dainik Samaj. He breathed his last on 11 July 2020 at KIMS Covid hospital in Bhubaneswar.

Most of the journalists who died due to COVID-19 were reporters and camera persons,drivers and even the desk staff, working for various news channels, newspapers and websites.

There are unconfirmed reports that since April 2020 over hundred media professionals have died due to novel coronavirus. Many are reportedly infected with the virus due to them coming in contact with corona infected persons.

The high number of cases has prompted the Information and Broadcasting Ministry to issue an advisory for media persons to “take due health and related precautions while performing their duties.”

However, the IB advisory is vague in terms of giving state protection to the journalists. It calls upon the management of media houses to take “necessary care of their field staff as well as office staff”.

No doubt the media professional should be cautious and careful in safeguarding themselves and their families from the pandemic, but the onus of protecting journalists lies with the government.

The press fraternity has demanded the government to include the category of working journalists under essential service workers and provide them with a protection cover of Rs 50 lakh as health insurance.

It has also demanded from the government to direct the management of the media companies to give their staff life insurance and health insurance on par with other frontline corona warriors.

The scribes have also demanded from the government to direct the management of the media organizations to see to it that all media employees should be screened each day while reporting for work.

The press fraternity has further demanded the government in such testing times, journalist job security should be assured and they should not be retrenched.

However, journalists are aware that making any demands or seeking concessions at this time seems unlikely as most of them are worried about losing their jobs owing to the economic repercussions of the pandemic.

With the delivery of newspapers coming to a halt and advertisements being reduced to a trickle, print media employees are most vulnerable. Since April 2020, thousands of journalists across the country are laid off or made to work on reduced salaries with skeleton staff.

Journalists are aware that many among them, who are putting their lives at risk to cover the pandemic from the front lines, will not receive anything beyond token gratitude either from the government or their management.

“We are taking great risk, putting our families in danger for coverage. Forget extra money, they are not even letting us have our full salaries. There is a constant fear that once we test positive, we will be told to stay at home and not return,” says a journalist working with ‘The Hindu,’ India’s national daily, on the condition of anonymity.