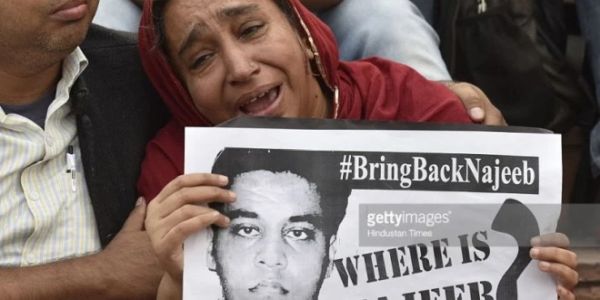 New Delhi, April 22 : A court here on Monday directed the CBI to give all documents related to its closure report in the case of Jawaharlal Nehru University (JNU) student Najeeb Ahmed, who is missing since October 2016, to his mother within two weeks.

Chief Metropolitan Magistrate Naveen Kumar Kashyap directed the Central Bureau of Investigation (CBI) to supply the documents including witnesses’ statements, in physical or electronic form, and listed the case for further hearing on May 7.

The court observed that there cannot be a “half-hearted approach” and effective opportunity be given to Najeeb’s mother to file protest petition.

The court’s order came while hearing a protest petition filed by Ahmed’s mother, Fatima Nafees, against the closure report in the case.

The CBI filed the closure report in the case in October 2018.

Ahmed, 27, an M.Sc first-year student, was reported missing from the JNU campus after an alleged scuffle with members of the Akhil Bharatiya Vidyarthi Parishad (ABVP). The student wing of the Rashtriya Swayamsevak Sangh has, however, denied its involvement in his disappearance.(IANS)