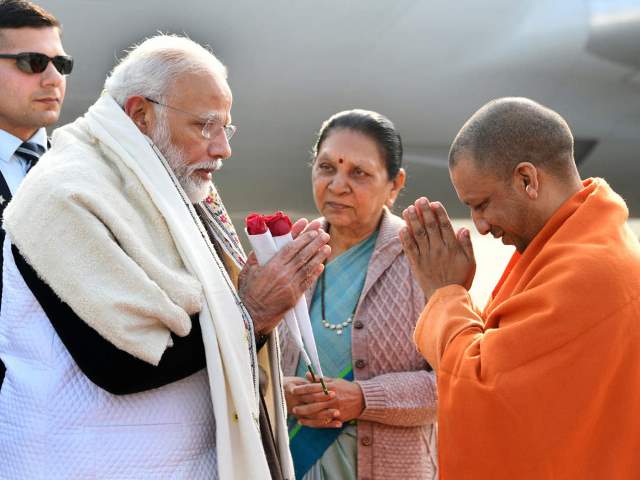 LUCKNOW – Uttar Pradesh Chief Minister Yogi Adityanath has said that the ‘Bhumi Pujan’ for the construction of the Ram temple was possible solely due to the efforts made by Prime Minister Narendra Modi.

Welcoming guests after the ‘Bhumi Pujan’ ceremony, the chief minister said that the centuries old struggle for the temple was taken to its logical conclusion by the Modi government.

“The ‘Bhumi Pujan’ will not only mark the beginning of the construction of the Ram temple but also ‘Ram Rajya’ as envisaged by the prime minister. We started the ‘Deepotsav’ programme three years ago to give the people a feel of Ram Rajya and we also worked alongside for beautification and development of Ayodhya that will now emerge as one of the most prosperous religious destinations. The prime minister has already earmarked projects for the Ramayana circuit,” he said.

Adityanath said that due to the pandemic, very limited number of people could be invited for the ‘Bhumi Pujan’.

“But I welcome all those who wanted to come and are now watching the ceremony from their homes,” he said and added that this was the beginning of a new India.