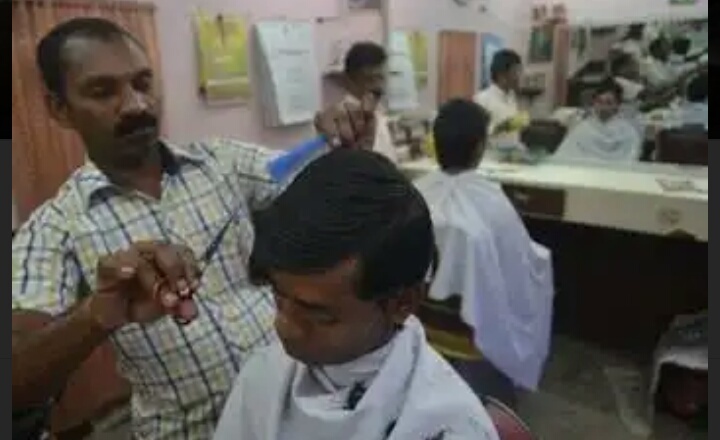 The marginalized community named Chakkiliar or Aathi Dravidar in the state of Kerala is a victim of a weird practice of untouchability.

Nearly 270 families belonging to the scheduled caste of this community in the Vattavada panchayat in deep Idukki district are barred from availing the services of the barbershops. The community members petitioned the local panchayat a few days ago regarding the injustice meted out to them by the dominant caste communities. Presently, the members of the community have to travel 42 km to Munnar or 12 km to Ellapetty to get a haircut.

The 270 families belonging to the Chakkiliyar community in the Vattavada panchayat in Kerala’s Idukki are barred from availing the services of the barbershops. The Chakkiliyar families reside in the Kottakambur, Vattavada and Koviloor villages coming under the Vattavada panchayat, which has 2,000 families from the dominant castes, including Mannadiar, Chettiyar and Maravar, in 8 wards of the 13-ward panchayat. Two other wards of the panchayat are occupied by the Pallar and Parayar SC communities while another ward comprises the Pramalakkar, an OBC community. The remaining two wards comprise the Muthuvan tribal community.

R Balan, 46, a member of the Chakkiliyar community in Vattavada, says that the members of the community mostly cut each other’s hair because the barbers refuse to allow them into their shops. He added that the dominant caste members do not allow the Chakkiliyar community members to enter their houses or even into their house compounds. He said that the practice of untouchability has been prevalent from the time of the childhood of his father Raman, now aged 76. However, they do not have any issues in purchasing goods or provisions from the shops.

Anthropologically hailing from Andhra Pradesh and Karnataka, Chakkiliyars first moved to Tamil Nadu and from there to Kerala. Traditionally they were involved in manufacturing leather, processing the skin of dead animals to make plates and buckets. After iron and tin plates became popular, they were left jobless and forced to do other jobs. During colonial times, they were relegated to perform scavenging work near railway lines. Speaking to a private news organization, P Ramaraju, President of the Vattavada panchayat, which is governed by the CPI(M), said that after reaching an agreement with a barber from Kanthaloor who will provide his services to all communities, the panchayat has almost finished construction of a common barbershop. The expenses for the functioning of the shop will be met by the panchayat.

Ramaraju said that panchayat authorities have held discussions with the dominant caste members on various occasions about doing away with the practice. However, the situation has not changed. He said the barbers are cajoled by the dominant caste members into refusing to cut the hair of the Chakkiliyars. He said that till as late as 1985, Chakkiliyars were served tea in coconut shells instead of cups. Tea shops in the panchayat used to follow the ‘double glass system’, in which Chakkiliyars and dominant caste members would be served tea in two separate glasses. That archaic practice was abolished in 1991 after fervent struggles and campaigns, Ramaraju said. The panchayat president added that after discussions with all the stakeholders it was agreed to open a common barbershop. He said that the two barbershops in the panchayat have been shut. Licenses will be given to them only if they agree to cut the hair of all people, including Chakkiliyar community members.