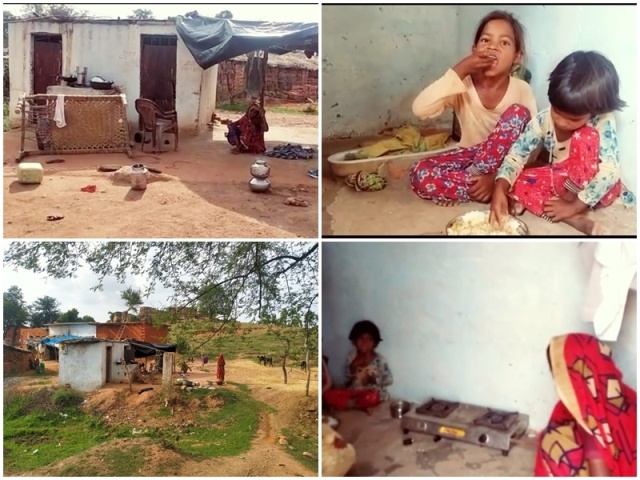 Tikamgarh (Madhya Pradesh), July 25 : Promise of providing housing to the poor has been made by both Centre as well as state governments but a Dalit family in Tikamgarh district of Madhya Pradesh is forced to live in a toilet for the last several years.

However, the administration denied that the family is living in the toilet.

Maganlal Ahirwar, his wife and four children live in Keshavgarh Gram Panchayat of Mohangarh area of Tikamgarh district. All of them have been living in the toilet for four years. Ahirwar’s wife Phula Devi said she told the authorities several times that her family didn’t get house under the Pradhan Mantri Awas Yojana, but no one listened. The couple even got their daughter married in the same toilet.

They even got an electricity connection and gas connection under the Ujjwala scheme.

Mohangarh tehsildar Dr. Abhijeet Singh told IANS, “I got to know about the case and have asked for the report. Maganlal Ahirwar came to the office two-three days ago and denied that he was living in the toilet with his family. He has an ancestral house in the village.”

He might have lived in a toilet earlier but currently he is not living there, Dr Singh added. IANS