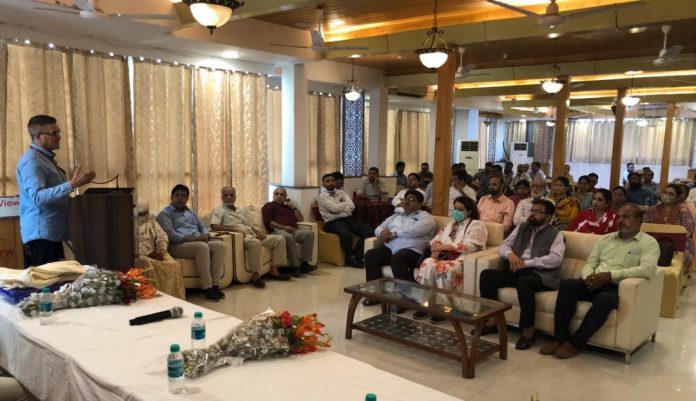 New Delhi: Dr. Syed Ahmad Khan, who retired on May 31, 2022 as a Deputy Director, Incharge, Unani Medical Centre at Safdarjung Hospital in New Delhi, was honoured during a farewell function hosted by the Central Council for Research in Unani Medicine (CCRUM). His contributions to the cause of Unani medicine were lauded by all who spoke. They claimed that Dr Khan’s devotion and dedication set an example for others.

The function was conducted under the dynamic leadership of Prof. Asim Ali Khan, Director General, CCRUM, Ministry of Ayush at Hotel River View, Okhla on May 30, 2022. It was organised by Dr Rahat Raza, Deputy Director In charge, RRIUM, New Delhi. 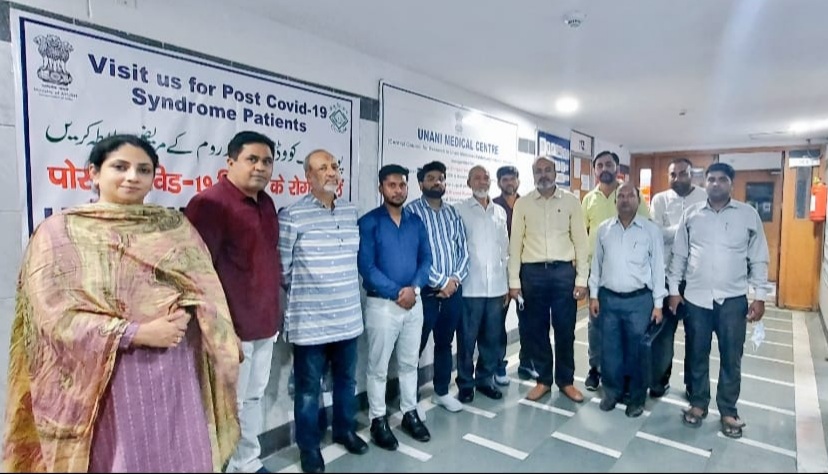 Dr. Syed Ahmad Khan served for over 30 years in CCRUM and discharged his duty at various levels from Research Officer (Unani) to Deputy Director.

He was felicitated by the senior officials. He superannuated from the service as Deputy Director Incharge of the Unani Medical Center at Safdarjung Hospital.

Prof. Khan praised Dr Syed Khan on his contributions and dedication to the Unani medical services, and wished him well in his future endeavours.

Officers and personnel from CCRUM attended the farewell party and showered Dr. Khan with praise.

Dr. Khan is the General Secretary of the All India Unani Tibbi Congress, a non-profit organisation dedicated to advancing the cause of Unani medicine and serving as a watchdog for Unani doctors. The organisation monitors the AYUSH ministry’s actions and intervenes if there is any mistreatment of Unani medicine. Since his election as general secretary, Dr Khan has been a driving force behind this organisation. By conducting seminars and conferences, the organisation has helped to popularise Unani medicine in the country and abroad.