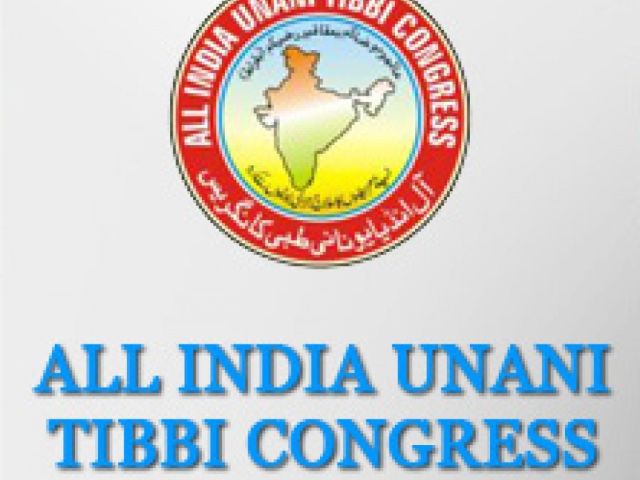 Not a single post created for Unani graduates in CHGS while Ayurveda gets many; Unani does not get independent status in Scientific Advisory Board

New Delhi:  Reminding the Prime Minister Narendra Modi of  his pet credo “Sabka Saath Sabka Vikas”, the pan-India non-government organization of Unani Medicine practitioners and academics, All India Unani Tibbi Congress (AIUTC), has urged  to  him to treat the Unani medicine at par and in the same manner as Ayurveda is being treated. The Unani body highlighted that not a single Medical Officers post was sanctioned for Unani and Siddha medicines under Central Government Health Scheme (CGHS) while Ayurveda and Homeopathy were given many posts. It also underlined that Unani and Siddha are part of the AYUSH systems but   they are not getting equal opportunity of growth and practice while the Unani system has popularity not only in India but also in many parts of the world including US and Europe and the Middle East.

In a letter sent to the Prime Minister, Tibbi Congress president Prof Mushtaq Ahmad has drawn his attention towards a long list of   grievances of Unani Medicine fraternity and appealed to him to address these on priority.

The Unani medicine system is represented in CGHS since a long which is an integral part of Health care delivery system of the country along with other AYUSH Systems namely Ayurveda, Yoga and Naturopathy, Siddha and Homeopathy.

Dr Mushtaq pointed out in the letter, “Recently the Government of India has sanctioned new posts of Medical Officers for Ayurveda and Homeopathy under CGHS but no new sanctions of Medical Officers has been done for Unani and also for Siddha Systems of Medicine which has generated a feeling of neglect in professionals and well wishers of Unani System of Medicine in particular”.

The Unani fraternity is aggrieved by not treating the system at par and in the same manner as Ayurveda is being treated, the letter underlined.

Recently the government has granted permission to Ayurveda Post graduate doctors in the specialty of Surgery, Ophthalmology and ENT to perform concerned surgeries and notified this in the Government Gazette. This angered allopathic practitioners who have been up in arms against this order saying it would jeopardize the lives of patients as Ayurveda is not competent enough to do surgeries.

However, the Unani body appreciated this decision but with a gripe that   the Unani medicine, which has a very long legacy of Ilmul Jerrahat (Surgery), was ignored on this count too.

“It  is being noted with displeasure that similar permission is yet to be granted to the post graduate doctors of Unani  Medicine in the same specialties although the curriculum and syllabus prescribed is identical and basic requirements for both the systems are at par and rules and regulations are mutatis mutandis applicable to both the systems”.

Ilmul Jerrahat (Surgery) has been in practice in Unani Medicine since ancient times. Ibn e Zuhr (Avenzoar) 1093-1162 has been a great Surgeon on record to have performed Tracheotomy, and also the first on record to have introduced practical training before practice of Surgery. He is the one who enriched surgical knowledge by describing many diseases and treatment innovations, not even thought of earlier.

It is, therefore, requested keeping in view the syllabus contents and applied training during U.G and P.G. courses, you may kindly consider notifying Amendments in Unani P.G. Regulations on similar lines and providing them permission to practice Surgery, the letter stated.

It also suggested that the Government appoints a small committee of experts to review the entire gamut of issues involved and submit a detailed report to it.

While the Tibbi Congress supported the Government initiative for reforms in Medical Education and Practice of Indian Systems of Medicine, it conveyed the dissatisfaction and resentment of Unani Fraternity for belittling Unani System by giving it unequal treatment.

“Principle of Natural justice demands equality amongst prevailing Systems because of their individual specific philosophical approaches and basic values and hence there is need that each system is allowed to develop according to its own genius”, Dr Mushtaq emphasized.

The Unani body raised strong objection over the decision to submerge Unani System with Siddha and Sowa Rigpa in the formation of Scientific Advisory Boards. It underlined that both the latter systems are only regional therapies while Unani system enjoys

Universal position and has wider acceptance throughout the country and abroad.

“Fraternity of this system of medicine, therefore do not find any reason not to have an exclusive identity of Scientific Advisory Board for Unani System of Medicine”.

It suggested that the National Commission shall have 29 members including inter alia President of Board of Ayurveda and Board of Unani, Siddha and Sowa Rigpa.

“In all fairness we demand representation of the Unani System in the commission also by providing a separate Board for this system for appropriate representation. In the absence of such an arrangement in any given time the interest of only one system will be represented,” Tibbi congress said to the PM.

“Similarly, Advisor (Ayurveda in the Ministry of AYUSH has been given place in the Board for AYURVEDA where Advisor (Unani) is absent in the Board.

While insisting that submerging Unani with other systems is unjustified, the Unani body also demanded a separate Scientific Advisory Board for Unani System on the lines of other systems   to consider, propose, discuss and deliberate System specific issues pertaining to the Unani System.

In the end, the letter appealed to the PM to do justice with the Unani system.

“The most popular slogan of the Hon’ble Prime Minister “Sabka Saat Sabka Vikas” needs to find its place in dealing with AYUSH systems of medicine by providing all these systems equal opportunity of growth and practice”.

Besides the PM, the letter was also sent to Union Minister of Health and Family Welfare and Chairman, Consultative Committee of Parliament for Health & F.W