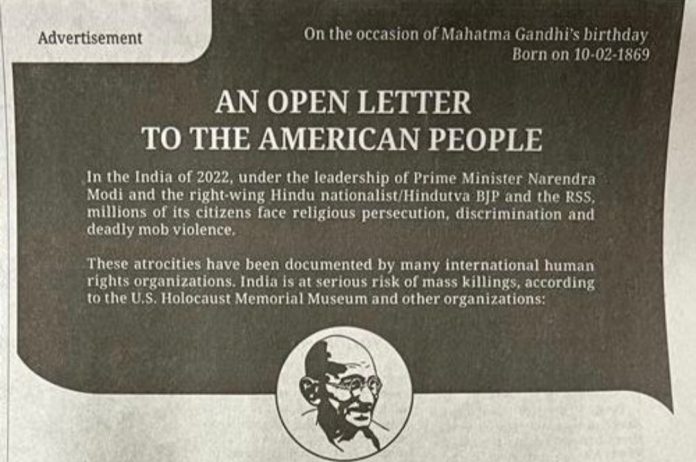 On the eve of Mahatma Gandhi’s birth anniversary, several rights bodies in the United States of America have come out to criticize the Indian Government against the “religious persecution, discrimination and deadly mob violence” against minorities in the country. 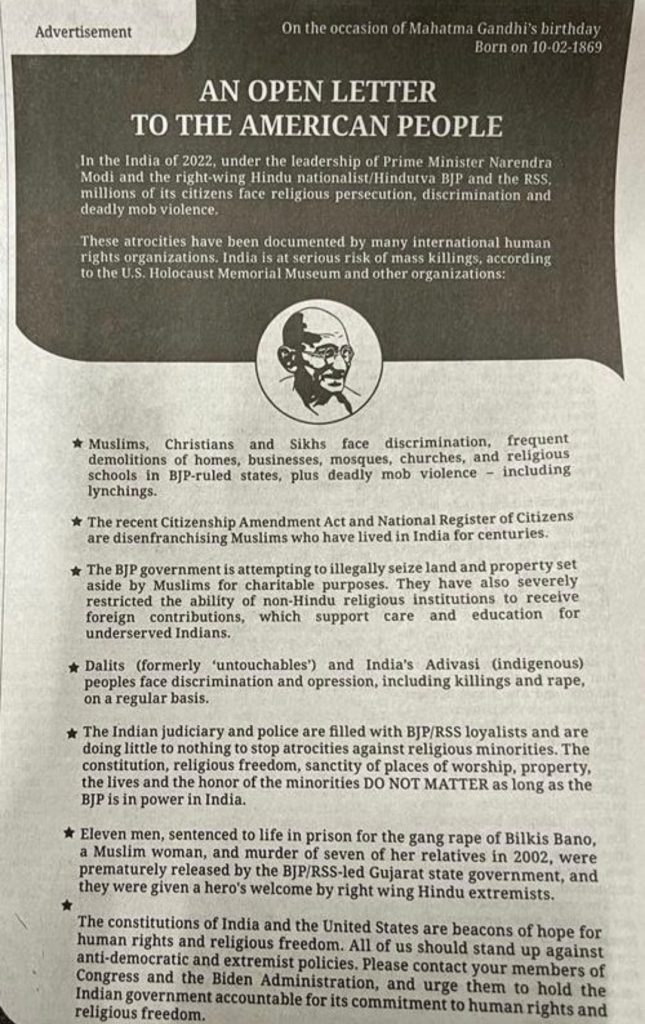 “In the India of 2022, under the leadership of Prime Minister Narendra Modi and the right-wing Hindu nationalist/Hindutva BJP and the RSS, millions of its citizens face religious persecution, discrimination and deadly mob violence,” the rights bodies said in the letter.

According to the letter, the recent Citizenship Amendment Act and National Register of Citizens are disenfranchising Muslims who have lived in India for centuries.

“The BJP government is attempting to illegally seize land and property set aside by Muslims for charitable purposes. They have also severely restricted the ability of non-Hindu religious institutions to receive foreign contributions, which support care and education for underserved Indians,” the letter read.

“The Indian judiciary and police are filled with BJP/RSS loyalists and are doing little to nothing to stop atrocities against religious minorities. The constitution, religious freedom, sanctity of places of worship, property, the lives and the honor of the minorities do not matter as long as the BJP is in power in India,” the letter further read.

“The constitutions of India and the United States are beacons of hope for human rights and religious freedom. All of us should stand up against anti-democratic and extremist policies. Please contact your members of Congress and the Biden Administration, and urge them to hold the Indian government accountable for its commitment to human rights and religious freedom,” it added.

Congressional briefing on “Stripping Muslims of Citizenship: Assam NRC” to be held Oct 6