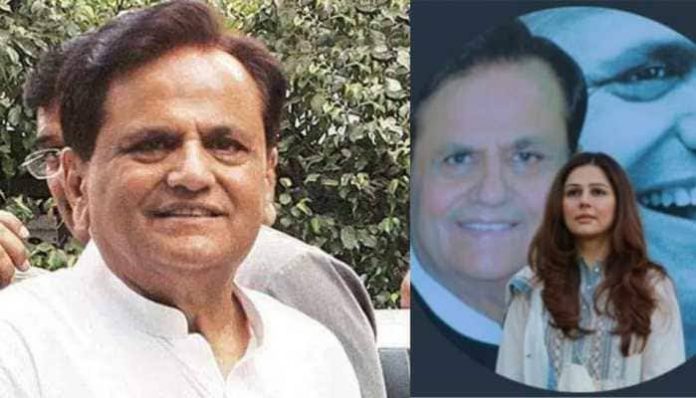 New Delhi : Late Congress leader Ahmed Patel’s daughter Mumtaz Patel on Saturday refuted Gujarat SIT’s charges against him and alleged that his name is being used to malign the opposition.

“I guess his name @ahmedpatel still holds weight to be used for political conspiracies to malign d opposition. Why during UPA years @TeestaSetalvad was not rewarded & made Rajya sabha membr & why the center uptil 2020 did not prosecute my father for hatching such a big conspiracy,?” she tweeted.

I guess his name @ahmedpatel still holds weight to be used for political conspiracies to malign d opposition.Why during UPA years @TeestaSetalvad was not rewarded & made Rajya sabha membr & why the center uptil 2020 did not prosecute my father for hatching such a big conspiracy ?

“So their campaign for Gujarat election has begun by dragging @ahmedpatel as name in conspiracy theories. They did it before election when he was alive & are still doing it when he is no more.” she added.

“This is part of the Prime Minister’s systematic strategy to absolve himself of any responsibility for the communal carnage unleashed when he was chief minister of Gujarat in 2002. It was his unwillingness and incapacity to control this carnage that had led the-then Prime Minister of India Atal Bihari Vajpayee to remind the chief minister of his rajdharma,” Congress General Secretary Jairam Ramesh said.

The statement said that this is Prime Minister’s political vendetta machine which does not even spare the departed who were his political adversaries.

“This SIT is dancing to the tune of its political master and will sit wherever it is told to. We know how an earlier SIT chief was rewarded with a diplomatic assignment after he had given a ‘clean chit’ to the chief minister,” Jairam said.

He said giving judgment through press, in an ongoing judicial process, through puppet investigative agencies who trumpet wild allegations as supposed findings, has been the hallmark of the Modi-Shah duo’s tactics for years.— IANS

Contractors who repaired Morbi bridge not qualified for such work: Prosecution tells court