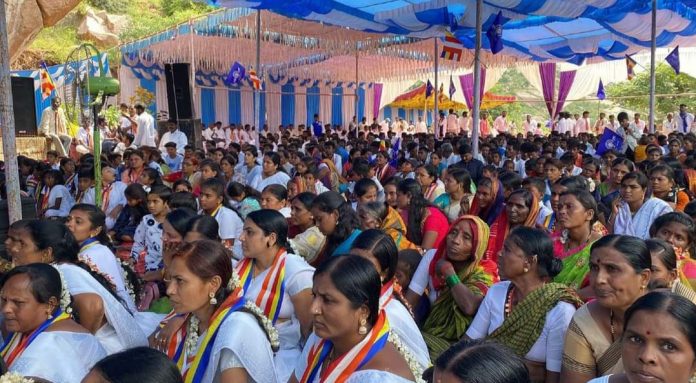 Dalits who converted to Buddhism Shorapur, Karnataka on Friday have said that the act represents an effort to remove the label of “untouchable” that they still bear, particularly in the state’s rural areas.

According to Dalit activist Devendra Hegde by embracing Buddhism they were not only rejecting Hinduism, which supports the caste system and oppression, but were also following in the footsteps of our master Dr. B.R. Ambedkar.

According to him, “Baba Saheb” adopted Buddhism after learning about its tenets and the advantages it offers the human race, not only to combat casteism.

Caste prejudice is much more common in the several rural areas in the country, according to the police and officials.

Since Ambedkar’s conversion to Buddhism, people of the Dalit community have been doing so as well. He quit Hinduism on October 14th, 1956, along with more than 3.5 lakh followers because he believed it threatened freedom by promoting the caste system.

The rate of conversion is dropping, particularly among Dalits who use conversion as a political tool and a form of protest against Hinduism.

UP: Thousands of Dalits threaten to convert to Buddhism