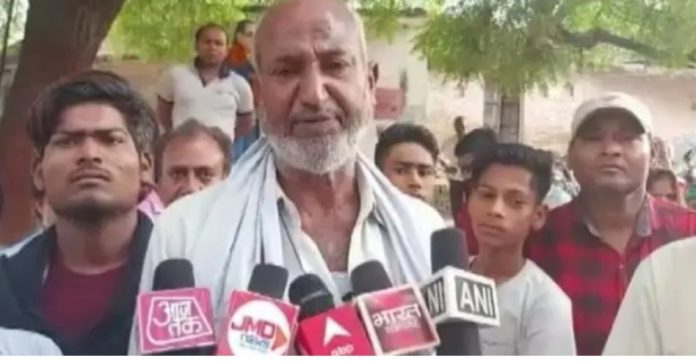 In Hamirpur district of Uttar Pradesh, about 15,000 Dalits have threatened to convert from Hinduism to Buddhism.

On April 14, in Samarpur city, on the occasion of Baba Sahib Ambedkar’s birthday, these Dalits had removed Ambedkar’s statue from its original place and erected it at someone else’s land, on whose complaint the local police and administration got the illegally placed statue removed in the night.

Dalits protested against the administration’s move and blocked the National Highway for 10 hours, as reported by Aaj Tak.

After this demonstration, the police returned the statue to the Dalits, but did not allow it to be installed at the disputed place.

Police also registered an FIR against the people who blocked the national highway, due to which thousands of Dalits have threatened to convert.

Dalits demand re-installation of the statue at Amar Singh’s land.

According to Dalits, Amar Singh, who claimed ownership of the land, had donated the land via an agreement after which the statue of Baba Sahib was placed in it.

They said that Amar Singh had insulted Baba Sahib by withdrawing from his agreement and forcibly removing the idol with the help of police.

They have threatened that thousands of Dalits would convert to Buddhism if the police registered a case against the protesters.

The police have not commented on the matter so far.