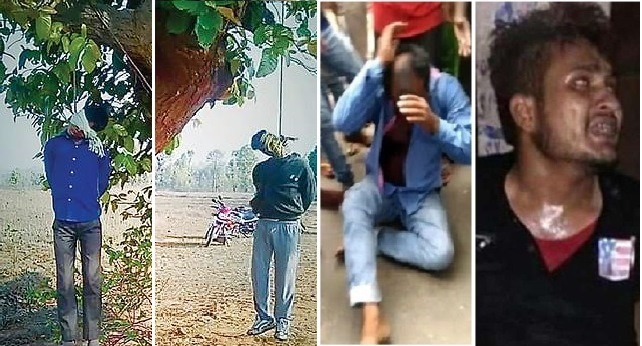 Since the advent of the Bhartiya Janata Party (BJP) government at centre and in several Indian states including Jharkhand in May 2014, lynching incidents have been occurring with terrible regularity.  However, it is worth to be noted that lynching incidents have been significantly dropped since   the BJP lost power in Jharkhand in December last year which was one of the worst-affected by horrendous acts of mobocracy.  During the BJP’s five year- rule, dozens of such incidents including the attack on Swami Agnivesh (who died recently due to internal wounds sustained during the attack) were reported across the state.  Now in the nine-month old JMM-led state government, only two cases were reported while the law and order machinery swiftly acted against the perpetrators of heinous crime.

Jharkhand Mukti Morcha (JMM) along with Congress and RJD combined wrested powers from the BJP in December 2019 the legislative assembly elections and JMM leader Hemant Soren was elected as the chief Minister of the state.

It should be highlighted that in last nine months under the present dispensation only two cases of mob lynching came to the fore in contrast to  as many as 14 cases were reported in a single year of 2014, when BJP came  to  power in the state..

According to the NGO, Human Rights Watch, Jharkhand accounts for 17 out of 44 lynching-related deaths reported across 12 Indian States between 2015 and 2018 and it released information stating that a staggering 36 out of the 44 dead were Muslims. Other minority communities who are often victims of lynching in India are Christians,  Dalits and Adivasis.

In 2018, when many Muslims were brutally lynched, by so-called Cow vigilantes, more than two dozen cases of Christians’ mob lynching had also come to the light in Jharkhand.

Just before the assembly poll, a horrendous case of mob lynching was reported on June 18, 2019, when a mob caught and brutally lynched a young Muslim man, Tabrez Ansari, 24, in Dhaktidih village in Seraikela-Kharsawan mere on the suspicion of a theft. A viral video of Ansari’s lynching showed that he was tied to a pole   and forced by the mob of 13-14 people to chant “Jai Shri Ram” and “Jai Hanuman” and he was beaten for long hours.

According to Factcheck.in, “with  Ansari’s death, 11 such cases have been also recorded in 2019 itself while the total number of such incidents since Modi-led BJP came to power first in 2014 has increased to a staggering 266 till 2019”.

In a more shocking manner, accused in lynching case were welcomed and garlanded by the BJP’s leaders including a union minister Jayant   Sinha.

In the assembly elections of 2019, JMM-led alliance, which includes Congress and RJD, won an absolute majority in the legislative assembly by winning 48 out of 81 seats.  JMM won 30 seats, Congress 17 and Rashtriya Janata Dal one seat while BJP only secured 25 seats.

Innocents were lynched on excuses such as suspicion of theft, rumors of child kidnapping, suspicion of cow meat, false allegations of cow slaughtering and for chanting slogans such as “Bharat mataki jai”, “Jai Shree Ram” and “Jai Hanuman” while the police made a cover up job to save the culprits .

Some Hindus were also lynched on the basis of suspicion of theft, rumors regarding child kidnappings.

Reports say that the several incidents of mob lynching in the state under BJP rule were carried in order to polarize voters in the elections.

“It is true that the lynching cases came down after Hemant Soren became chief minister.  This in itself is a strong indicator to underline that it was all BJP-driven mob lynching in the state, he said. He alleged that the people who were involved in such incidents some way or other had political patronage from BJP” said  Sharique Ahmad a  JMM leader and  former president of  AMU student union.

The people voted for the development and visionary leadership in the elections of Jharkhand, 2019.

Ahmad also said, “No common man is interested in all such kinds of mob justice. There is a law in the country for crime. So, we cannot prove anyone until it proves in the court of law. Therefore, I can say it was all planned, executed under the guidance of BJP led government”

“I am not commenting who is involved and who is not in the lynching incidents but yes, BJP must have an answer as to why it all happened during its regime,” he added.

Giving the example how BJP government was patronizing mob lynching  Sharique said  “In the case of Hazaribagh mob lynching, it was so shameful and saddening  at the same time when the accused in the Alimuddin Ansari case were out of bail, the former union minister Mr. Jayant Sinha garlanded them as he was openly appreciating them”.

However activist Mohammad Kashif Raza Siddiqui has some reservations in giving clean chit to Hemant Soren government on lynching. “It is too early to say that lynching has stopped or decreased since the Soren govt came to power. Soren completed   only there months as chief minister after that Iockdown was imposed, so it’s too early to say that lynching has stopped. But its true since the new government came to power the situation has changed and the hatred among the people has decreased. Let’s see  when  Soren government brings anti-lynching law as he promised in election manifesto  ”.

Although mob violence has not stopped completely  but the administration is taking quick action this resulted in significant decrease in number of mob lynching incidents.

Recently, more than 150 people were arrested over an incident of mob violence in which a mob of 158 people with traditional weapons, attacked the house of Suresh Marandi, reportedly a member of banned left wing extremist (LWE) group CPI-ML and absconding murder accused, and set it to fire in Giridih district’s Pipratand village, Jharkhand, according to Hindustan Times report.

On 13th May, a mob of people brutally thrashed two Muslim youths in Jharkhand’s Dumka village on the suspicion of stealing a goat. One of them died of his injuries, named Subhan Ansari at hospital.

Recently, in one more incident of mob lynching, a Muslim man was beaten to death over the suspicion of stealing vegetables in state’s Dhanbad district. 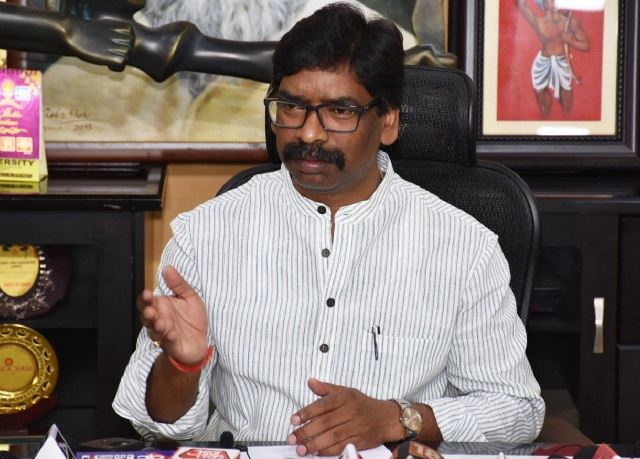 Because one of the major reasons behind these cases of mob lynching, is prevailing communal hatred, which is a real root cause of such inhuman acts  across India, under the current regime.

According to a survey by New Delhi Television, there was a nearly 500 percent increase in the use of communally divisive language in speeches by elected leaders—90 percent of them from the BJP—between 2014 and 2018, as compared to the five years before the BJP came to power. Cow protection formed an important theme in a number of these speeches.

“Mob lynching was one of the main reasons of BJP’s defeat in the state. The numbers of lynching incidents have  come down from what it was before Hemant Soren coming to power. However, there were incidents during the time of Anti-Citizenship Amendment Act (CAA) protests where two- three students were thrashed near Ranchi airport. And there is still hatred among people. The communal angle cannot be denied. The poison of communalism  created during BJP rule will fade away gradually” said  Ranchi based  activist Maulana Talhla .

He further added, “People in the state now feel much safer. Recently, Eid-ul-Adha was celebrated very peacefully with almost no cases of violence being reported. Neither any case of violence was reported during Hindu festival neither Ram- Navmi nor Moharram in Hazaribagh district of the state which earned dubious distinction lynching incidents under BJP government”.

“Under the BJP government, people thought that they had power to assault minorities because the government would not take any action against them. People had no fear of law, so the incidents of mob lynching were reported in the largest number in the state but now there is a responsive government in the state and people has fear of law. Undoubtedly  Soren government is  against  communal politics and his intension  will make impact on ground” he added.