“You are not meant for crawling, so don’t. You have wings. Learn to use them and fly,” this inspirational quote of Rumi is best suited for Mohd Abdul Lateef Khan, Chairman and managing director of Hyderabad based MS  Education Academy.

His team under his leadership has successfully created a brand name in the field of education and revolutionized the concept of education across the country.

Khan is a man who believes in ‘education as a social service and moral responsibility than a profession to earn money’.

MuslimMirror spoke to Khan, exclusively. In this tete-e-tete, he spoke about his journey.

A young Khan right after finishing his 12th had a strong urge to serve the community.

Recognizing his talent, one of his friends suggested him to enter in the field of education. Hence, to materialize his dream Khan started a coaching institute that was operated from a two-room rented house and with only 15 students. This was in the year 1990.

However in the first year, Khan had to face a loss of Rs 30,000, but he did not lose his heart. He continued his journey with same vigor and subsequently during the initial three years he faced the loss of more than one lakh rupees and still he did not give up.

Khan continued to pursue his engineering course and completed his BE in Electronics and Communication Engineering from Osmania University.

During those years, his institute grasped a respected position in the area and people started trusting his institute. This boosted his morale and gave him confidence.

After completing his engineering degree, Khan thought of pursuing his studies in a foreign country but later changed his mind.

He decided to continue his journey in the field of education.

In 1998, Khan collaborated with renowned Urdu daily, Siasat, which started publishing model SSC exam papers which was widely accepted and became an instant hit. It resulted in popularizing his method of education and unique technique to crack medical and engineering examinations.

(HERE WHAT IS THE POPULAR TECHNIQUE HE USED AND HOW COME HIS TECHNIQUE BECAME A HIT IS MISSING!)

Later with the support of Zaheeruddin Ali Khan, the managing editor of the newspaper he shifted the institute to a bigger space. It was Zaheeruddin Ali Khan who inaugurated the first branch of MS Academy. After that Lateef Khan never looked back and the popularity of his coaching institute continued to soar by each passing day.

Two years later, Khan started to look out for a school for his son but in vain. Unable to find any such, later in the year 2000 he opened his own school and named it MS Academy, with the aim to facilitate thousands of children with education. 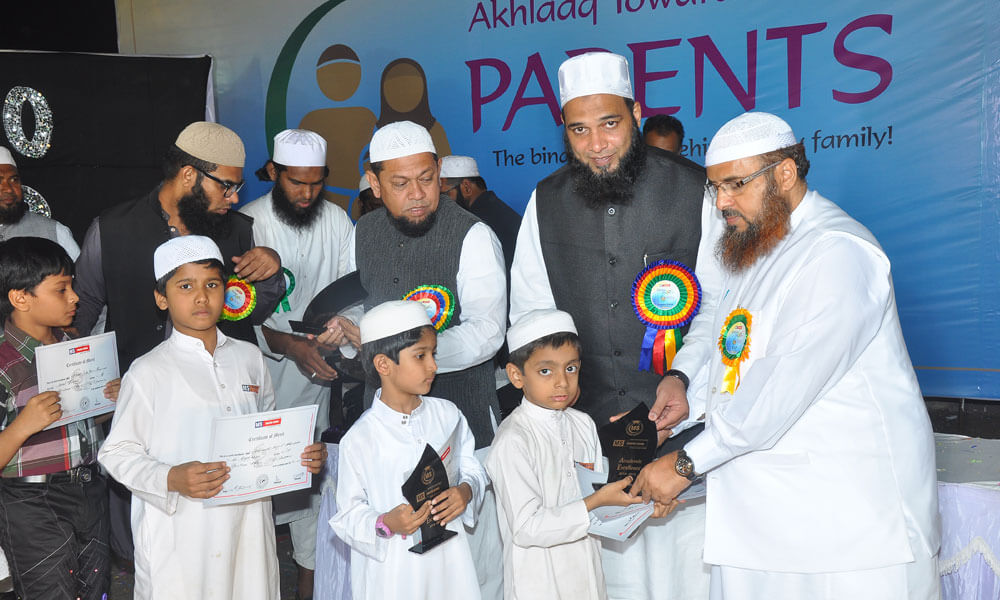 Khan introduced the junior school (intermediate) in the year 2002; they successfully produced their first batch in 2004, while their second batch (2005) grabbed the first position in the state of Andhra Pradesh.

Later, the then chief minister of the state visited the school and decided to declare four percent reservation for the Muslim minority.

While interacting with Muslimmirror.com, Khan said, “Since 2005 our academy has continued to remain in the top ten list of the state board. In our academy, we admit a student on the basis of his or her merit performance and not by asking for any donation.”

“Currently, MS academy has 80 branches in 20 cities across eight different states with more than 27000 students enrolled. We have produced over 1200 MBBS doctors , 5000 engineers and shaped the life of 78000 youths who are alumni of our institutes, Only this year 150 students from our institutions cracked NEET ” he added.

Explaining further, he said “We never invested in purchasing of land or any property. We never focused on that, we have continued to run our educational institutes in rented spaces which is our uniqueness.”

Khan’s academy also has focused on modern and Islamic education. On this he said, “We stress on imbibing Islamic moral and values to shape the personalities that can lead tomorrow. Islamic environment facilitates Muslim students to compete and turn them into achievers.”

Khan, is a pioneer in integrating Modern and Islamic Education with academic excellence.

A certified mind map instructor and an international memory trainer, he is a visionary entrepreneur, positive thinker, an able administrator and a good decision maker.

A firm believer in team work Khan has a team of reliable professionals who are committed to achieve the vision Khan shared and inculcate the spirit of generative thinking, creativity, positive approach and mind mapping.

He devised many innovative methods to help students excel in competitive exams and face real life challenges. He also designed and introduced Memory Curriculum in Schooling that helps students learn ‘How to Learn and Remember’.

In Khan, one can definitely see Sir Syed and his thoughts!